SEOUL, Sept. 9 (Yonhap) -- South Korea's top court on Monday reaffirmed a high-profile sexual assault ruling that brought down a political star and helped spark the powerful #MeToo movement, a decision seen as a litmus test of the court's gender sensitivity.

Kim, who served as An's political affairs secretary, claimed in March 2018 on a live TV show that her employer had forced her to have sex with him and groped her multiple times between July 2017 and February last year.

In August 2018, a Seoul district court dismissed her claim and ruled in favor of An's innocence, citing insufficient evidence. 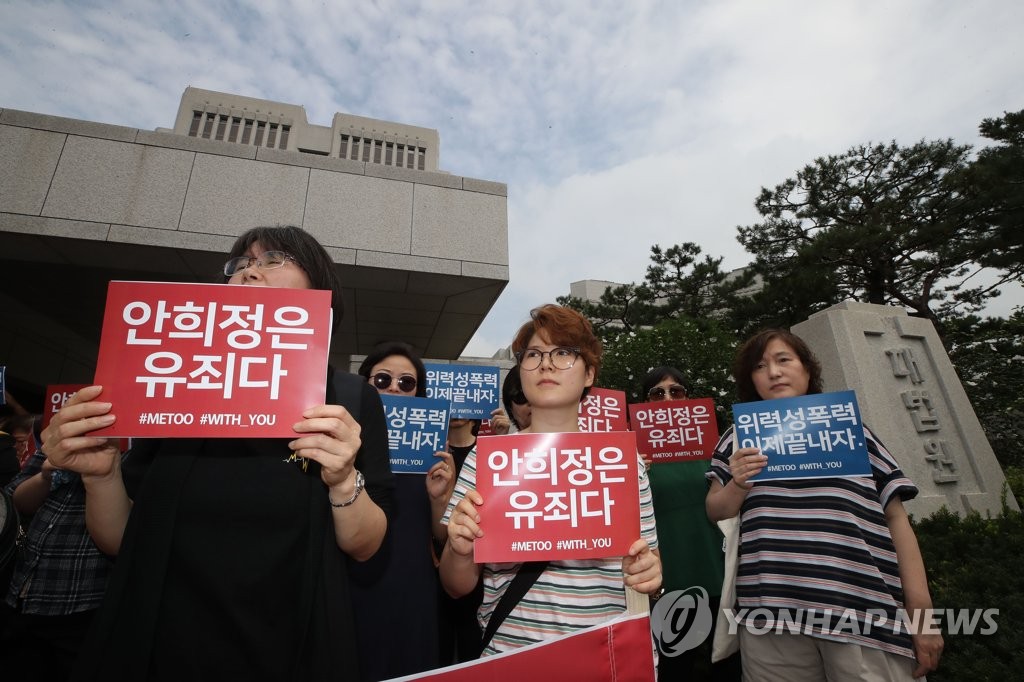 The decision ignited public fury over a legal system that does not take into account contextual background such as gender equality and workplace hierarchies.

In a hearing ahead of the ruling, Kim said she "felt dead like food in a can" and that she wanted to take back her #MeToo statement, hinting at the online harassment and legal frustration she faced in the process.

Six months later, the Seoul High Court overturned the decision, sentencing An to 3 1/2 years in prison. The court found An guilty of nine of the 10 charges, including abuse of power and sexual molestation, based on the "very detailed and descriptive" nature of Kim's testimony.

Monday's ruling echoes the legal spirit of the lower court ruling that prioritizes the victim's testimony and takes into account various social factors that played a subtle role in the case. 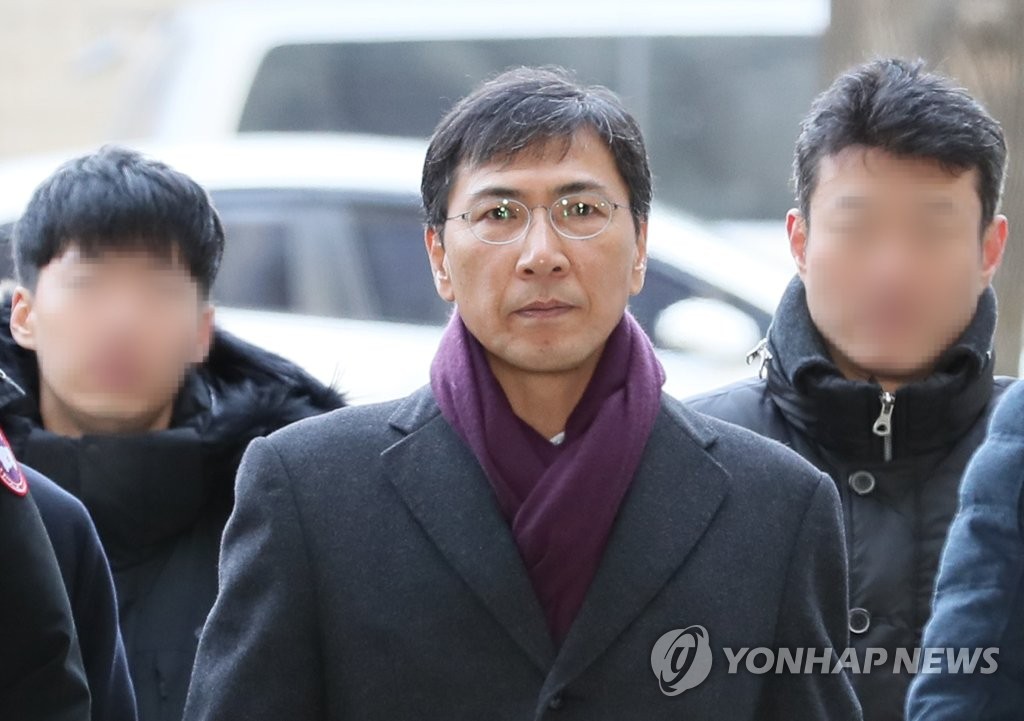 "Based on how our society's assailant-based culture and awareness ... has (led to) damages such as negative public opinion, unfair treatment or leaking the identity of the victim, the way the victims react can only be different depending on their relationship with the assailant or the situation they were in," the Supreme Court said in a statement.

Women's rights activists and lawyers welcomed the top court's decision, calling it a "great victory" for many ordinary women like Kim.

"It wasn't just a fight for an individual, it was a fight for many 'Kim Ji-euns' out there," Kim Min Moon-jung, an official at women's rights group Womenlink, said in a press conference following the ruling.

"The Supreme Court ruling showed that it is wrong to judge sexual violence based on untrue assumptions of how victims should be," she added.

Lawyer Seo Hye-jin, who specializes in violence against women, anticipated the concept of "gender sensitivity" to affect other similar cases.

"To be honest, the court has been late in adopting the concept (compared to other areas of society). Nonetheless, it is good to see that these kinds of movements are fixing wrong prejudices against victims," Seo said. 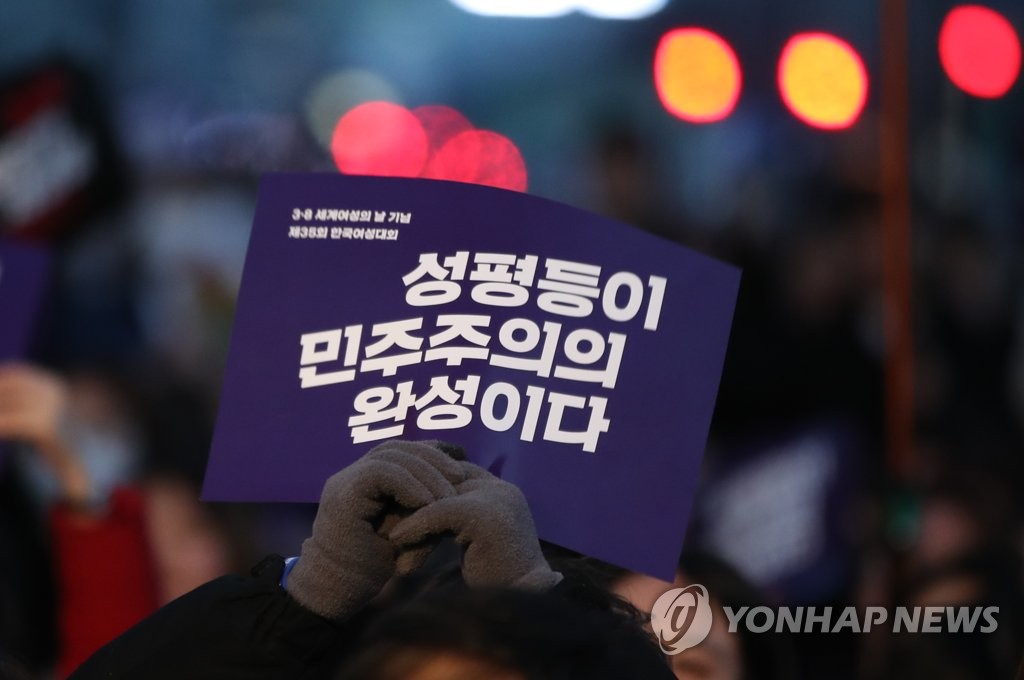 Some urged the need for an overall cultural overhaul.

"We need to stop fitting in victims to stereotypes of victims and put an end to the culture of stereotyping victims as 'a woman who seduced an innocent man'" said Kim Kyung-sook, an official at the Korean Association of Sexual Violence Relief Centers.

"It will take time, but we are definitely moving forward," Seo said.

South Korea's #MeToo movement kicked off in January 2018, when state prosecutor Seo Ji-hyun, in a televised interview, accused a senior colleague of repeatedly groping her.

An is one of the most powerful figures to be implicated in a #MeToo case here.