SEOUL, Sept. 10 (Yonhap) -- The number and value of daily banking transactions via the internet climbed to new highs last year, with internet banking accounting for more than half of all bank transactions for the first time in history, central bank data showed Tuesday.

The average number of daily transactions processed via the internet, including smartphones and other mobile devices, came to about 118.97 million, spiking 25.3 percent from a year earlier and breaching the 100 million mark for the first time, according to the data from the Bank of Korea (BOK).

The average amount of banking transactions processed through such means daily also jumped 10.3 percent on-year to more than 47.5 trillion won (US$39.8 billion). 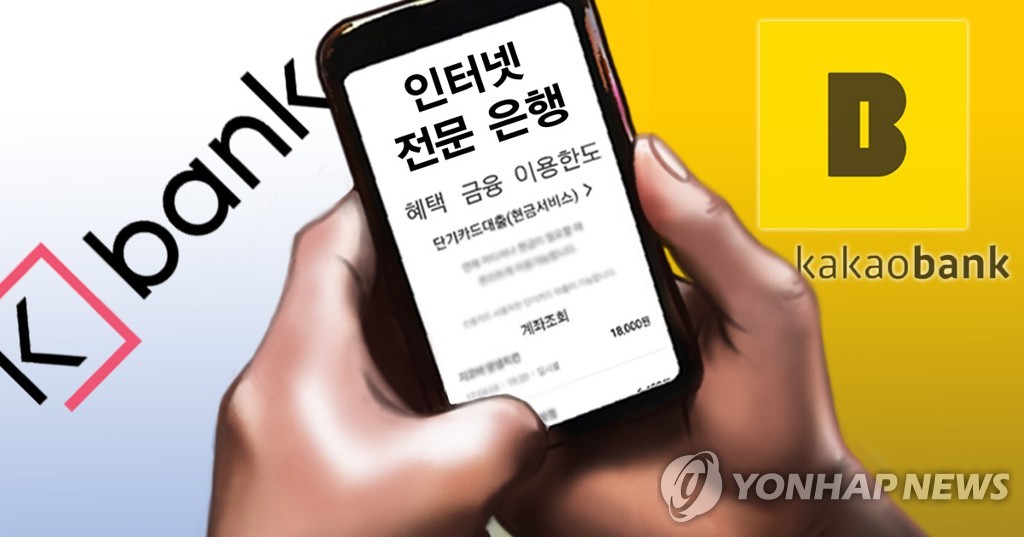 "The use of internet banking greatly increased in 2018 on the launch of internet-only banks, while the use of cash dispensers and automated teller machines (CDs/ATMs) dropped," the BOK said.

In 2018, internet banking accounted for 53.2 percent of all bank transactions, compared with 45.4 percent in the year before.

The use of CDs and ATMs accounted for 30.2 percent of the total, down from 34.7 percent in 2017, while the ratio of phone banking also dwindled to 7.9 percent from 9.9 percent over the cited period.

Transactions handled face-to-face at banks came to 8.8 percent of the total, down from 10.0 percent in 2017 and marking the fourth consecutive year of drop from 11.6 percent in 2014.

With a steady increase in the number of internet banking transactions, the amount of money spent by local banks and financial institutions to maintain and further upgrade their mobile banking systems also came to a record high of some 6.49 trillion won in 2018, accounting for 8.8 percent of their overall spending for the year, the BOK said.