BERLIN, Sept. 11 (Yonhap) -- While IFA is Europe's largest consumer electronics show, this year's event had an interesting twist with unusual scene stealers form the mobile industry to give much-needed hype for the foldable phones and 5G.

IFA closed Wednesday after a six-day run, hosting over 1,900 exhibitors that showcased the latest televisions, home appliances and other gadgets ahead of major holiday shopping seasons.

Alongside their latest 8K TVs, South Korean tech giants stirred up the competition to draw attention by releasing their innovative smartphones, which can fold and connect to 5G.

Samsung Electronics Co. displayed its revamped US$2,000 Galaxy Fold after months of delay, in time for its launch in South Korea this past Friday only in 5G models. 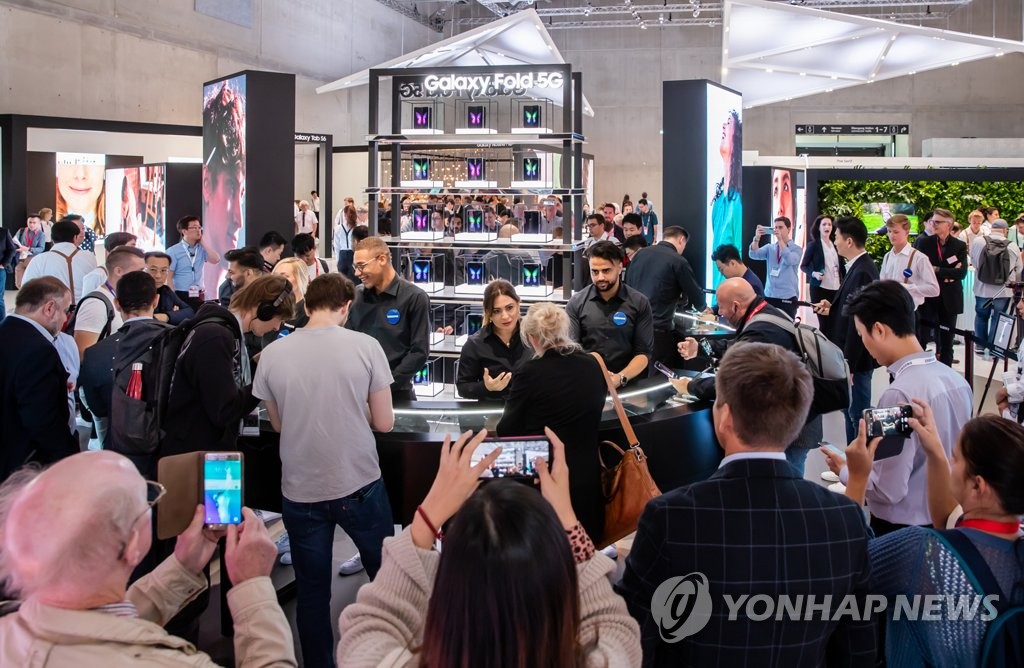 After screen durability issues were raised by multiple reviewers ahead of its U.S. launch in April, Samsung fixed the hinge and display design to reinforce protection of the display.

Samsung plans to release the phone in Germany, France, Britain and Singapore on Sept. 18 and bring it to the United States later this month.

The world's largest smartphone maker also highlighted its broad 5G portfolio, ranging from chipsets and equipment to the latest smartphones.

The firm has released four 5G smartphones, including the Galaxy S10, Note 10, A90 and, mostly recently, Galaxy Fold, since the commercial roll out of the ultra-fast network in South Korea in April, staying ahead of its 5G competition.

Samsung, which used U.S. chip giant Qualcomm's 5G chipsets from in its latest smartphones, displayed its own integrated 5G chipsets, the Exynos 980, at its booth.

The company said it plans to begin mass production of its first artificial intelligence (AI) mobile processor with an integrated 5G modem later this year for upcoming smartphones.

LG promoted the new device as a practical way to extend the screen size, without having to actually bend the display itself like Samsung's Galaxy Fold.

The firm said its second 5G phone with a detachable screen upgraded its folding structure by adopting "free stop hinge" technology, which is designed to add the ability to stop and hold the second screen at any position.

LG said the uniquely designed phone targets young consumers who want to do more on mobile devices, including play games and shop.

Its latest phone comes as the Korean electronics maker has been desperately seeking to revive its smartphone business with 5G devices, as its mobile division logged the ninth consecutive quarterly loss in the second quarter. 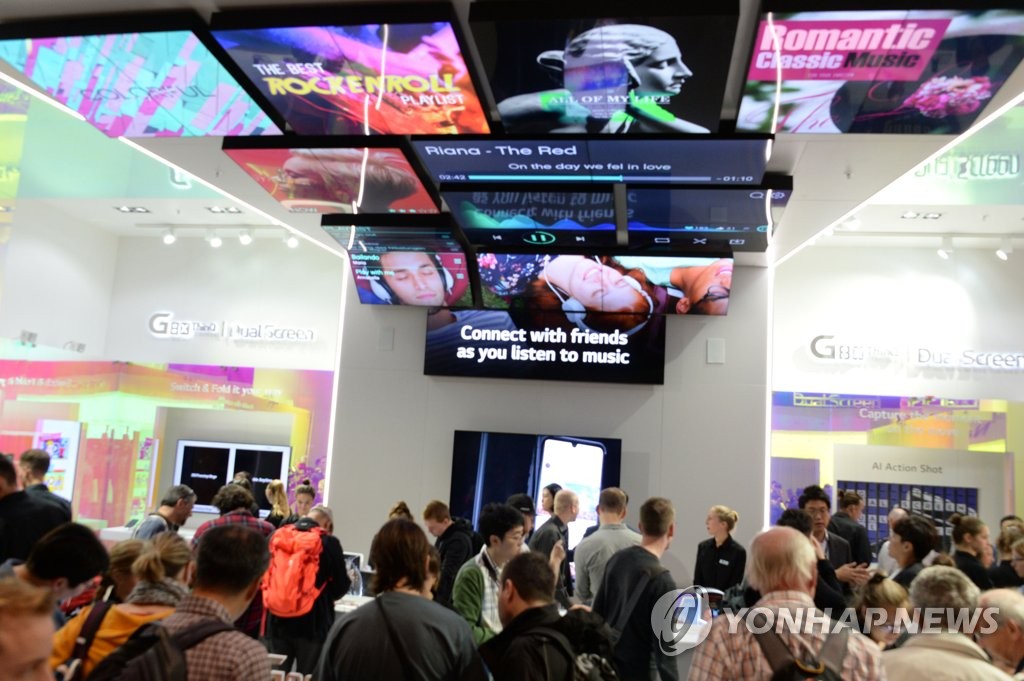 While China's Huawei is expected to launch the foldable Mate X next month, its smaller home rival TCL unveiled its latest version of its foldable design at IFA. But nobody was able to actually touch the 7.2-inch concept foldable phone displayed inside of a glass box.

Instead of displaying its upcoming foldable device, Huawei highlighted its advanced 5G chip technology amid political pressure from the U.S.

The Kirin 990 will power Huawei's upcoming flagship smartphone, the Mate 30, which the Chinese firm hopes will rival Apple's latest iPhones.

Qualcomm President Cristiano Amon laid out the company's ongoing 5G strategy, which is focused on driving access to 5G devices and opens up potentially lucrative new use cases.

Faster networks are expected to help enliven the flattening smartphone market as more nations are rolling out 5G to drive innovations in various areas.