News of the rescue came more than 30 hours after the Golden Ray cargo vessel flipped onto its side as it left the Port of Brunswick, Georgia, on Sunday.

Three were rescued first in "relatively good" condition and taken to a hospital for emergency medical care, Capt. John Reed of the Coast Guard said at a press briefing near the site of the incident.

The fourth was stuck behind glass in the engineering compartment, but also rescued shortly afterward, according to the Coast Guard.

"USCG and rescue crews have extracted the final #GoldenRay crew member safely. All crew members are accounted for. Operations will now shift fully to environmental protection, removing the vessel and resuming commerce," it wrote in a tweet. 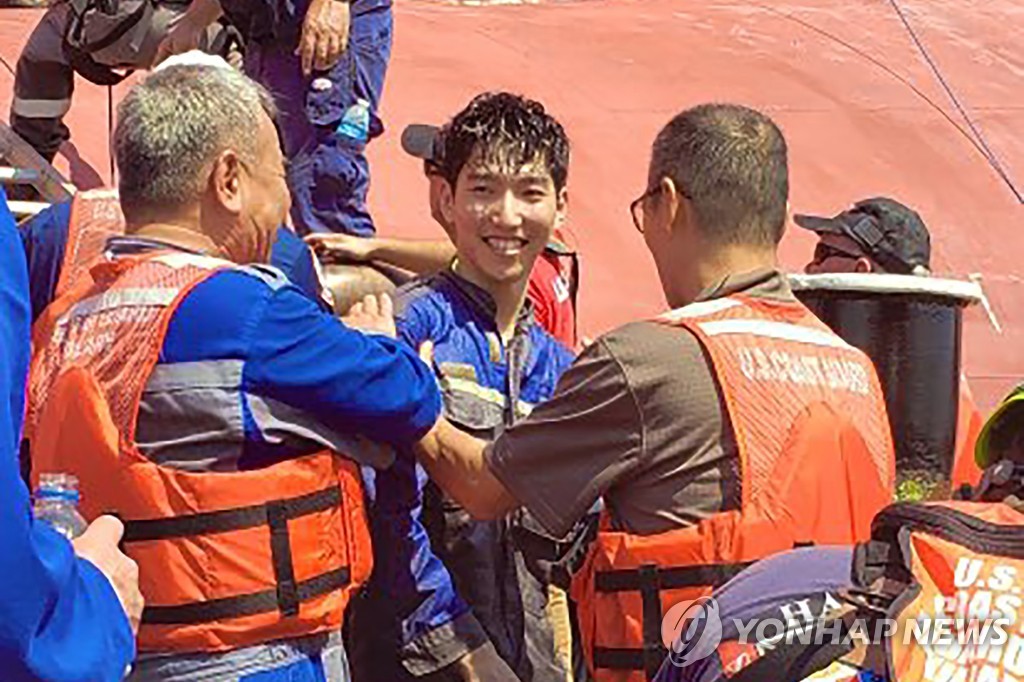 An investigation is under way to determine the exact cause of the incident.

Twenty others were rescued Sunday.

Contact with the remaining four was made after rescuers drilled a hole into the side of the ship to deliver supplies and send signals.

A South Korean official at the consulate general in Atlanta, Georgia, told Yonhap News Agency earlier that rescuers had received signals from the crew members at 20-30 minute intervals.

The Koreans were presumed to be caught in the engine room of the car transport vessel belonging to Hyundai Glovis Co., a logistics unit of South Korea's Hyundai Motor Group.

The 71,178-ton, Marshall Islands-flagged ship listed heavily in waters 12.6 kilometers away from the port.

The South Korean government sent a rapid response team consisting of eight people, including three from the foreign ministry in Seoul, to the site. 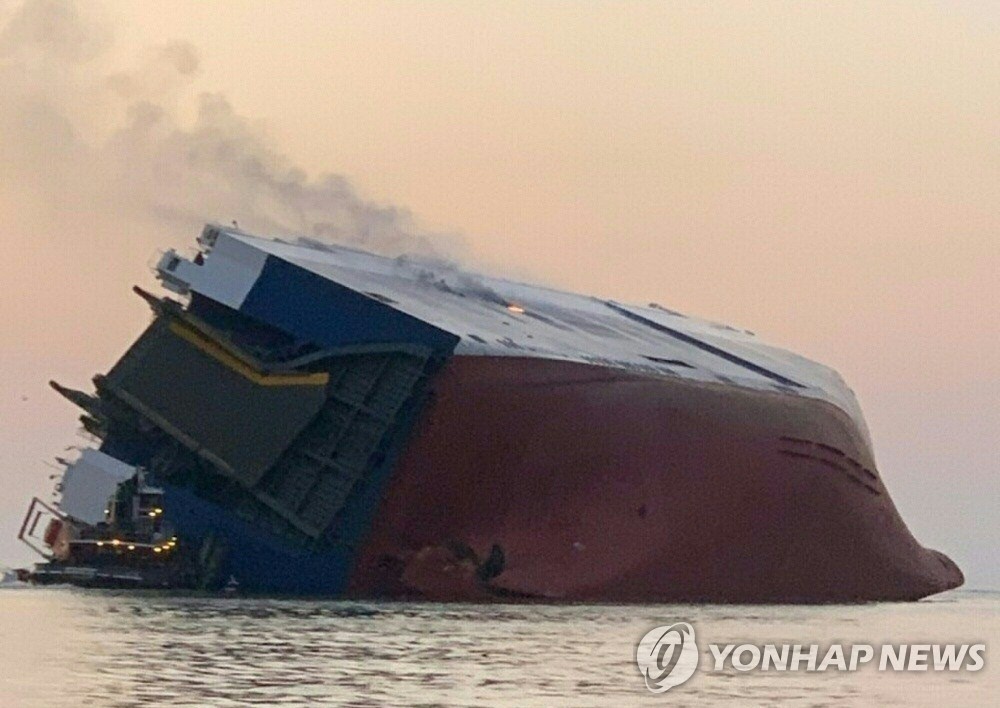