SEOUL, Sept. 10 (Yonhap) -- South Korea's industry ministry said Tuesday it plans to install 1,200 hydrogen charging stations across the country by 2040 in line with its vision to utilize hydrogen as the main source of energy for Asia's No. 4 economy.

In a bid to promote awareness of hydrogen charging stations, the Ministry of Trade, Industry and Energy held a ceremony to open a new station at the National Assembly building in western Seoul, and the capital immediately began trial operations of a small number of hydrogen taxis.

The charging station is capable of supplying hydrogen to more than 70 automobiles every day.

Currently, South Korea operates 29 hydrogen charging stations, including three in the capital city. The country will gradually expand the number to 310 by 2022.

Hydrogen is an environment-friendly alternative to fossil fuels, as automobiles running on it create only water in the process of generating power. Hydrogen can be produced by processing LNG or as a by-product of industrial facilities, including petrochemical plants.

Nearly 3,000 hydrogen fuel cell cars were on the road as of last month, a sharp increase from around 900 units in December.

South Korea has been seeking to build a society that harnesses hydrogen as the main source of energy for vehicles and other daily uses. The policy is considered a key project for the Moon Jae-in administration.

Last year, the government also started test runs of hydrogen-powered buses, seeking to expand the presence of such vehicles in public transportation.

The ministry seeks to test their performance until the end of 2022, by which time the vehicles will have clocked up more than 160,000 kilometers.

The southern city of Ulsan introduced the nation's first hydrogen taxis in December 2016. 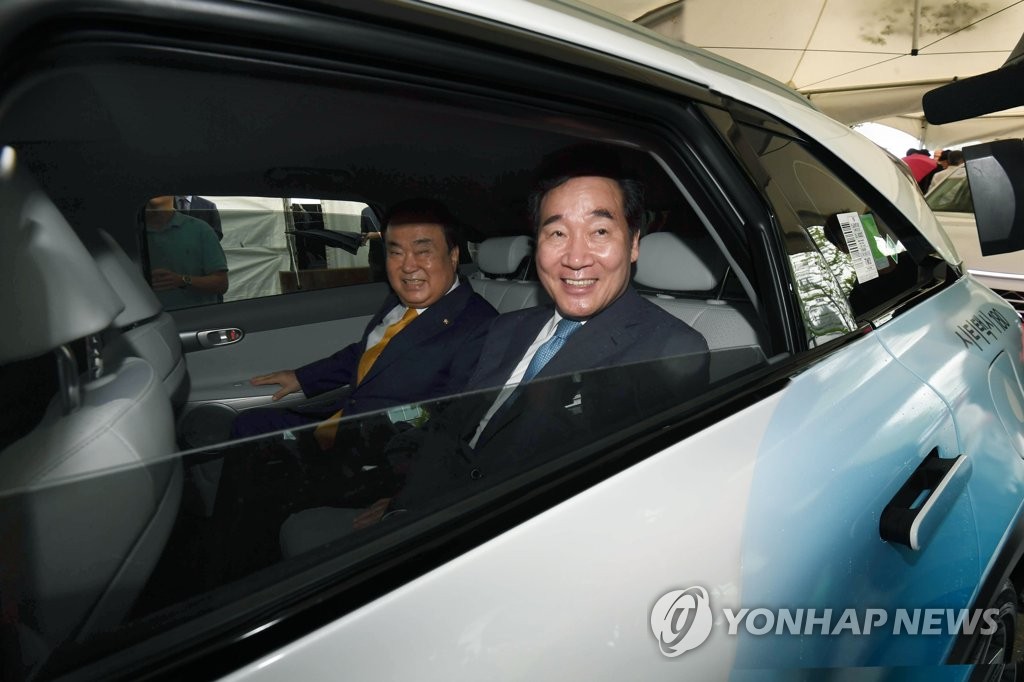