SEOUL, Sept. 10 (Yonhap) -- South Korea will push back the development date of its lunar orbiter by less than two years to July 2022 and increase the size of the probe to enhance the probe's capabilities and reflect the requests of local scientists, the science ministry said Tuesday.

The delay comes amid the need to sort out differences and implement demands by scientists and engineers engaged in the project that aims to place an unmanned probe around the Moon's orbit, according to the Ministry of Science and ICT.

"The decision was reached by the National Space Committee, with the extra time to be used to make some changes to the plan," Choi Won-ho, the head of the ministry's Space and Big Science Division, said.

The orbiter will weigh 678 kilograms and will be programmed to fly for nine months out of its one-year operational lifespan in an elliptical orbit that will maximize the scope of exploration it can carry out.

Originally, Seoul wanted to build an orbiter weighing 550 kilograms by late 2020 that would fly for 12 months in a circular orbit around Earth's satellite.

Due to the new date, the ministry is currently in talks with the U.S. National Aeronautics and Space Administration (NASA), which wanted to place a sensor on the orbiter, and space transportation company SpaceX, which will launch the probe.

The project, which began in January 2016 and is set to cost 197.8 billion won (US$166 million), will be equipped with a host of cameras, sensors and a spectroscope to collect data on the moon as well as conduct space connectivity tests.

If successful, South Korea will follow in the footsteps of Russia, the United States, Japan, the European Union, China and India in placing an orbiter around the moon. 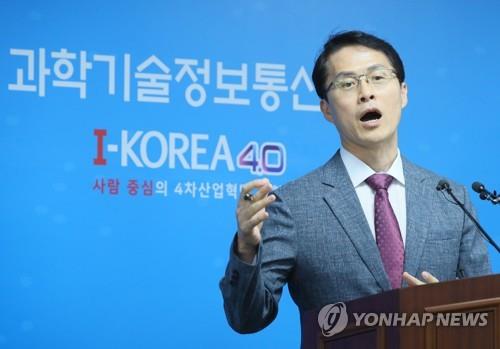 S. Korea to push back lunar orbiter development to 2022, increase size of probe

S. Korea to push back lunar orbiter development to 2022, increase size of probe