SEOUL, Sept. 15 (Yonhap) -- South Korea will host a book fair next week on a variety of publications from Southeast Asian countries, as part of efforts to boost exchanges ahead of an upcoming gathering here of the nations' leaders, the foreign ministry said Sunday.

The Southeast Asian Book Fair, set for Sept. 18-22 at the Convention and Exhibition Center (COEX), will have on display some 400 books from 17 publishers in six countries, including Vietnam, Thailand, Indonesia, Singapore and the Philippines, comprising various genres, ranging from novels and essays to children's books.

The occasion seeks to provide an opportunity for the public to familiarize themselves with the lesser-known countries, as well as a business chance for publishers from South Korea and the participating countries to explore ways to tap into each other's markets.

It is also expected to attract families with young children, since there will be many children's books and illustrations on the exhibits.

A number of popular Korean novels translated into Vietnamese, written by famous scriptwriters Noh Hee-kyung and Kim Eun-sook, will also be introduced during the fair.

All of the books, along with 900 other locally published books, will be donated to multicultural communities in South Korea after the event ends, according to the ministry.

The book fair has been organized to mark the 30th anniversary of the establishment of dialogue between South Korea and the Association of Southeast Asian Nations (ASEAN), and an upcoming summit of the nations' leaders to be held in Busan in November.

The Moon Jae-in government has pushed for its New Southern Policy, aimed at boosting economic and people-to-people exchanges with Southeast Asian partners. 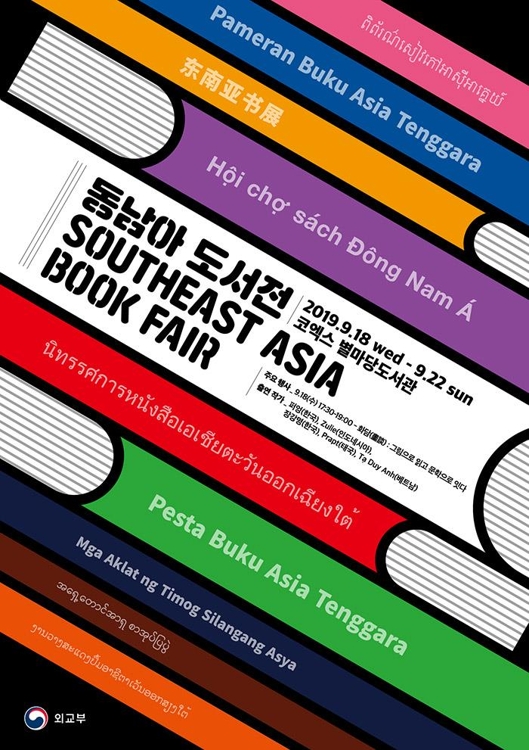