SEOUL, Sept. 13 (Yonhap) -- An architectural exhibition taking place in Seoul will offer glimpses into life in the North Korean capital through media art and an imaginary supermarket selling goods from both sides of Korea.

The exhibition, "Daily Pyongyang," under way at the Seoul Hall of Urbanism and Architecture near City Hall, is part of the annual Seoul Biennale of Architecture and Urbanism that showcases various artworks relating to different cities around the world.

The Pyongyang-themed exhibition consists of three sections, offering visitors an opportunity to explore the North Korean capital that is just 195 kilometers away from Seoul but off-limits to most average Koreans here.

The exhibition begins with a small sign that reads, "You are now entering Pyongyang." Visitors can print out an imaginary ticket and itinerary of tourism spots across the city at a kiosk installed near the entrance. 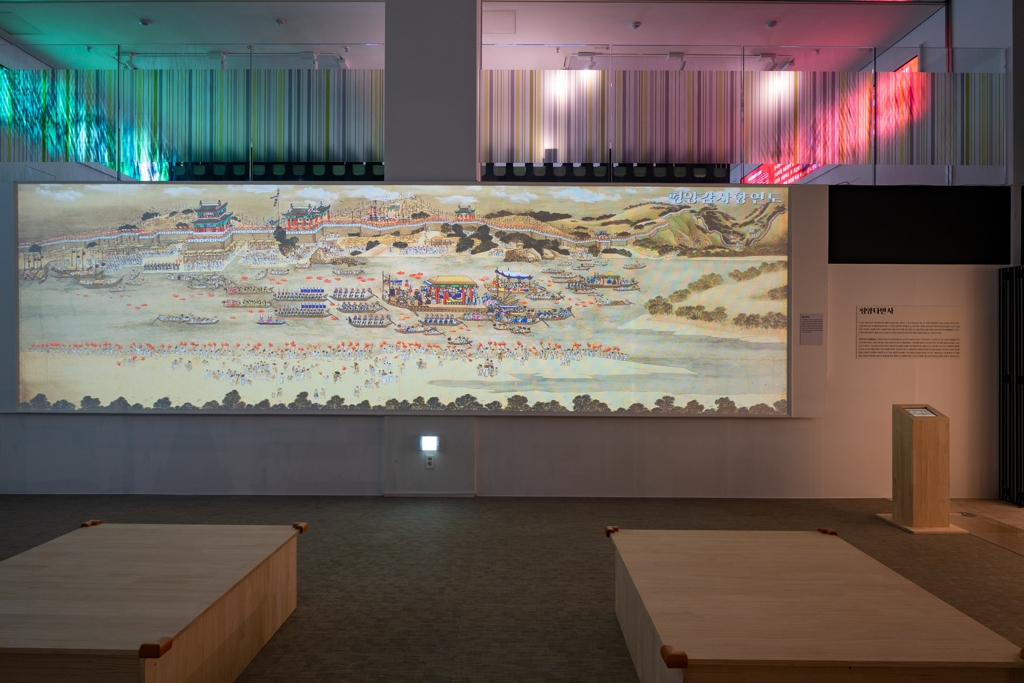 The first exhibition space is filled with a media art facade of Seoul and Pyongyang. A moving artwork that revives 18th-century folk artist Danwon Kim Hong-do's painting of a high-ranking Pyongyang official's party thrown by the Daedong River takes visitors back to the Joseon Dynasty.

The following exhibition spaces bring visitors back to modern-day Seoul and Pyongyang.

Media artwork, based on photographs of North Korea, illuminate the walls, surrounding visitors with landmarks of Pyongyang. Among them are the iconic Ryugyoung Hotel skyscraper and the Buheung subway station, completed in 1987, according to unification ministry data.

Another media artwork begins with shadows of a man and a woman roaming across Seoul and Pyongyang. The shadows than expand to groups of people of various ages as the illuminated scenes continuously rotate through different spots in the two capitals. A zigzag line, symbolizing the inter-Korean Military Demarcation Line, reminds visitors the status quo of the separated Koreas. 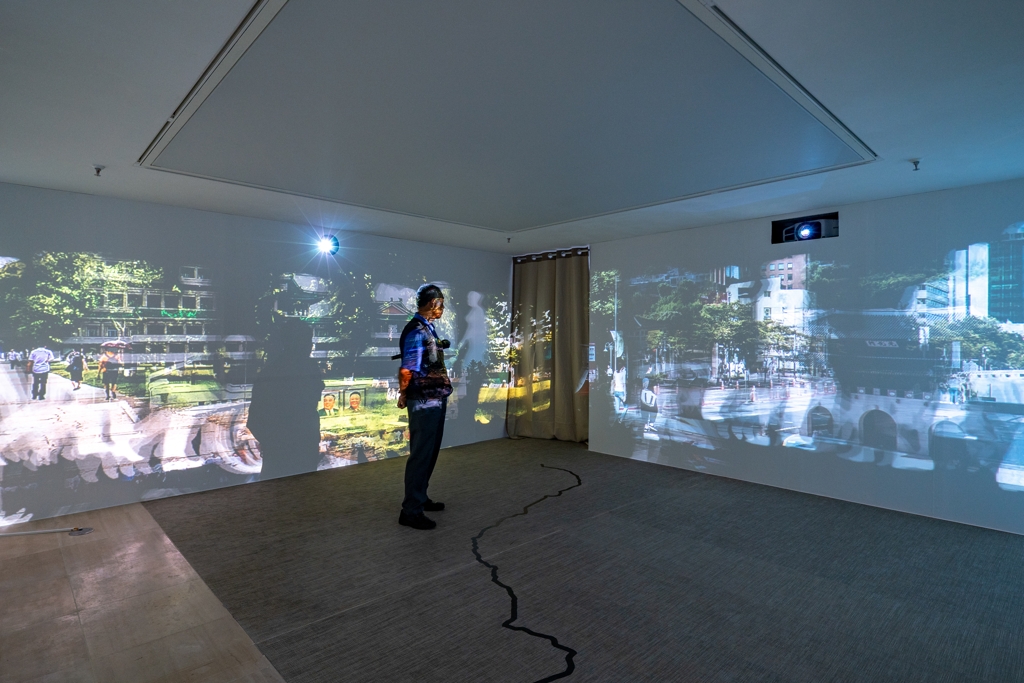 "People usually learn about Pyongyang through pictures or videos. We created this artwork so that when visitors stand at the center of the room and are surrounded by the artwork, they will get a more realistic feeling of what the North Korean city looks like," said Shim Sang-hoon, chief executive of Vers, which organized the exhibition.

"We also tried to emphasize that Seoul and Pyongyang are not too distant places, and the people of the two cities are average people who share quotidian moments of life," Shim said.

The second section of the exhibition is a supermarket replica that displays sweets, beverages and tidbits of the two countries that share some resemblance but differ in design and the language used on the packaging. 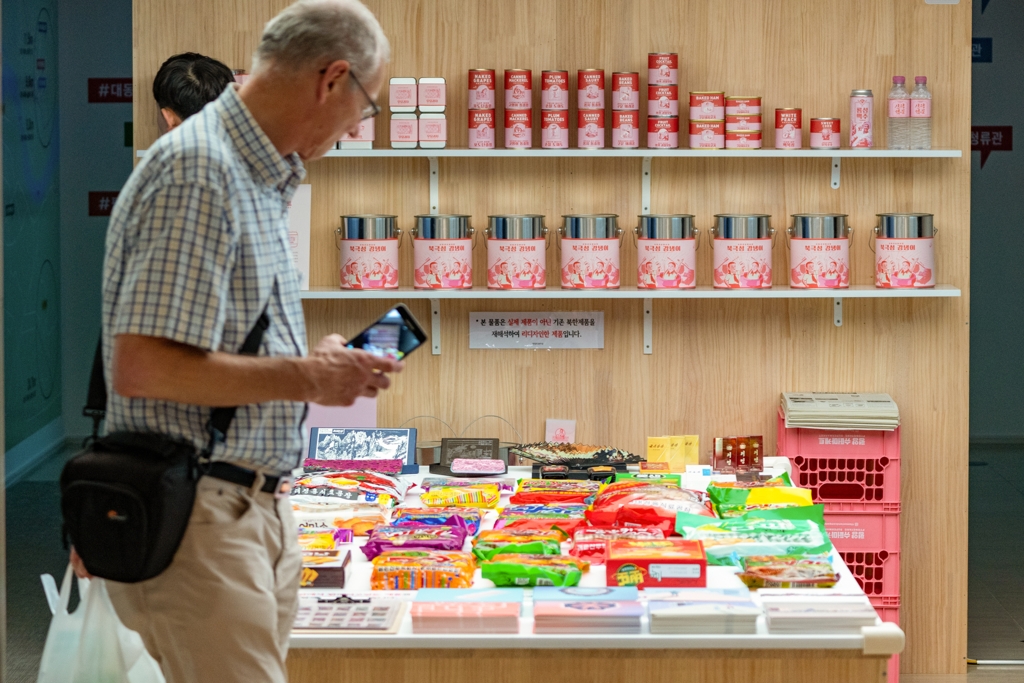 Exhibition organizers said that a series of talks on the North Korean society and its culture, featuring defectors who have settled down as chefs, fashion designers and YouTubers in the country, will be the final highlight of the exhibition. The first round of the talks was held Tuesday.

The exhibition will run until Nov. 10, with more rounds of the talks scheduled for Sept. 24, Oct. 8, 22 and Nov. 5 at the exhibition venue. Admission is free.