SEOUL, Sept. 11 (Yonhap) -- South Korea's top nuclear envoy is heading to Beijing this week for talks with a Chinese senior official on joint efforts toward the denuclearization of the Korean Peninsula, Seoul's foreign ministry said Wednesday.

They are expected to exchange views on the current situation on the peninsula and ways to boost bilateral cooperation in facilitating the stalled dialogue between North Korea and the United States.

Luo was elevated to his post handling Asia affairs, among others, in May and has been considered to also take charge in North Korea's nuclear issues, although Beijing has yet to formally announce him as its top nuclear envoy.

He accompanied Chinese Foreign Minister Wang Yi when he paid a visit to Pyongyang early this month.

The talks come amid renewed anticipation for a restart of the denuclearization negotiations between Pyongyang and Washington, after North Korean Vice Foreign Minister Choe Son-hui offered in a Monday statement to hold talks with Washington in late September.

Talks between Pyongyang and Washington have been at an impasse after the second summit of U.S. President Donald Trump and North Korean leader Kim Jong-un ended without a deal due to differences on the scopes of the North's denuclearization and sanctions relief by Washington. 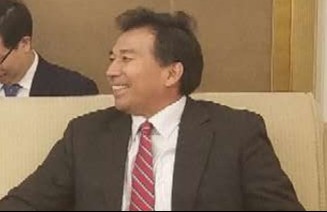