According to the report by the Korean Educational Development Institute, four-year universities in South Korea had a total of 12,595 departments as of April 1, 2019. 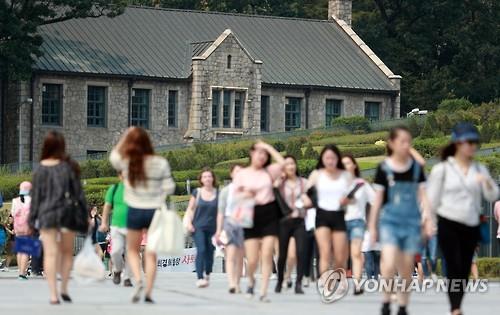 Of them, business administration accounted for the largest number with 809 departments, followed by 411 departments of physical education and 410 departments of family and social welfare, the report said.

Business administration and economics was also the most common major at two-year colleges nationwide, as the major accounted for 479 of 6,230 departments operated by the junior universities, the report said.