SEOUL, Sept. 11 (Yonhap) -- A Seoul court is expected to decide whether to arrest the operator of a private equity fund the justice minister's family had invested in as part of a widening probe over corruption allegations surrounding the minister.

Justice Minister Cho Kuk, who was appointed Monday following a heated debate over allegations of his daughter's education and family fund investment, still faces an ongoing probe regarding his family. 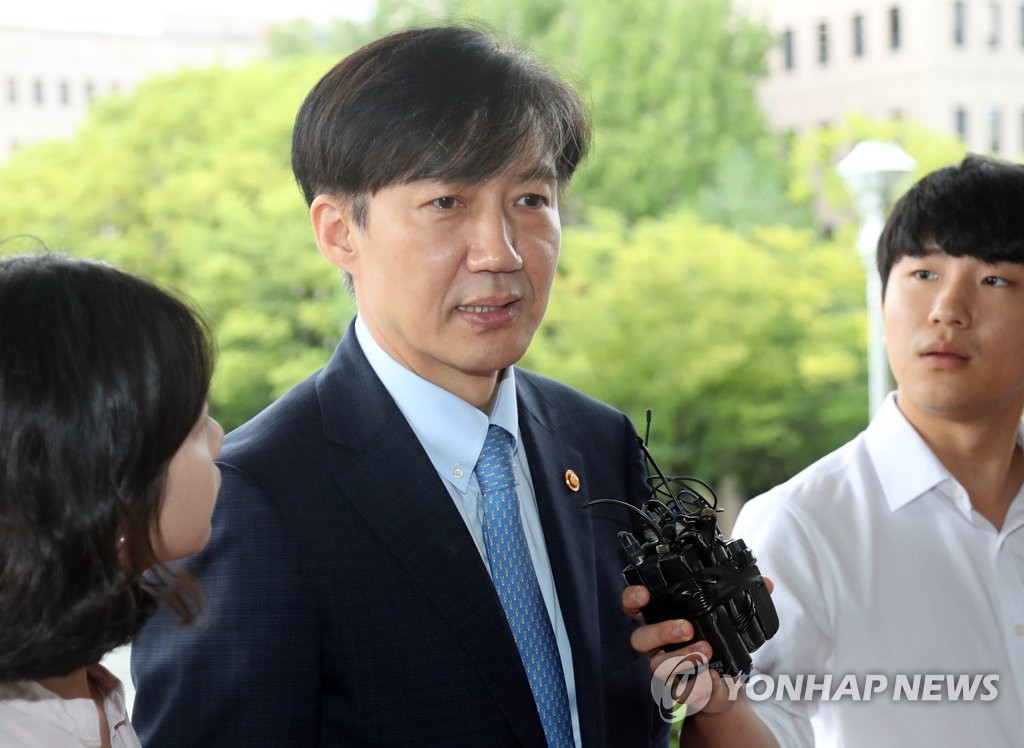 On Wednesday, the Seoul Central District Court held a hearing over the arrest warrant the prosecution has filed against the chief of the private equity firm Co-Link Private Equity and the head of local firm Wealth C&T, identified only as Choi, which received funding from Co-Link PE.

Lee Sang-hoon, the head of Co-Link PE, is suspected of embezzlement and destruction of evidence, as well as having exaggerated the amount of the investment fund he received from Cho's family.

The Co-Link PE chief is also alleged of falsely reporting to the financial regulator that the fund received 7.4 billion won (US$6.2 million) from Cho's family for investment, while the pledged amount was 1.05 billion won.

Choi is suspected of having embezzled about 1 billion won in company money. 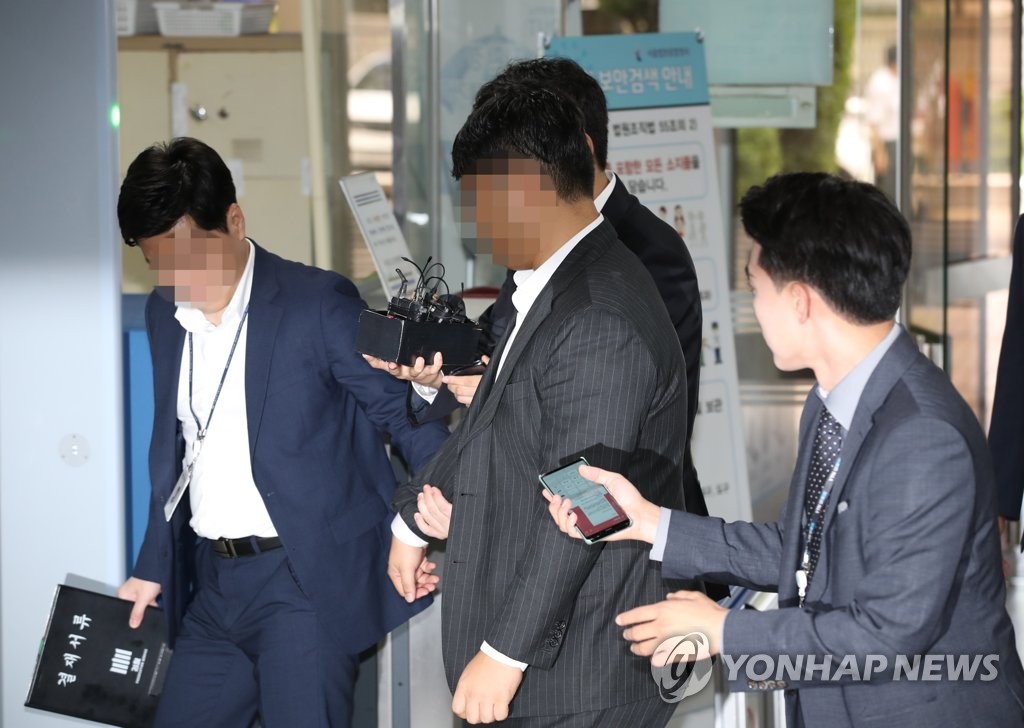 The private equity fund came into the spotlight on doubts that Wealth C&T, which Co-Link PE invested roughly 1.4 billion won in, saw its sales rise while Cho was serving as senior presidential secretary for civil affairs.

If an arrest warrant is issued, it would mark a fresh development in the prosecution's intensifying investigation into Cho's family.

In addition to the private equity fund case, prosecutors are also probing allegations that Cho's wife forged a university president award to help their daughter enter medical school. The prosecution has filed a formal charge against his wife.

The accusations against Cho's family, which involve financial and educational issues among others, have stirred up heated political debate here.

Tension also ran high as the presidential office and the prosecution clashed over the appropriateness of the prosecution's investigation, adding to the political drama. 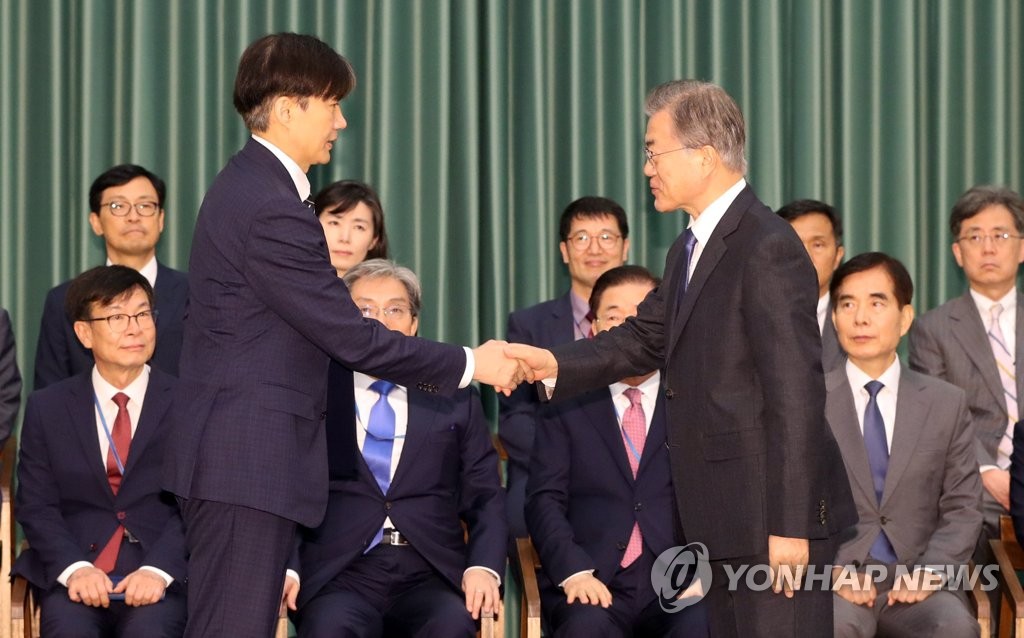 Despite the controversy, President Moon Jae-in officially appointed Cho to the post on Monday. In a televised statement, the president explained that it would be a "bad precedent" not to appoint Cho based solely on the doubts that have yet to be confirmed.

Cho, a law professor and former senior presidential secretary, is widely seen as a key figure to drive President Moon's plan to reform the prosecution, often criticized for wielding too much influence.

The justice minister, who has denied most allegations over his family, said that he will not interfere with the probe and ordered the prosecution to conduct the probe in a fair and strict manner.