SEOUL, Sept. 15 (Yonhap) -- South Korea is moving to strip Japan from its list of trusted trading partners as early as this week, but it is still open to having last-minute negotiations with Tokyo, the trade ministry said Sunday.

Seoul's trade ministry has completed nearly all procedures for the removal of Japan from its list of nations given favored export procedures for "operating an export control system that violates international norms," according to the Ministry of Trade, Industry and Energy.

The move follows Japan's removal of South Korea from its own whitelist of nations given preferential export treatment on Aug. 28.

South Korea plans to classify its trading partners into three groups from the current two, placing Tokyo in the in-between group.

Once implemented, local companies shipping strategic goods to Japan will have to hand in five different documents to win individual approval, which is two more than the current three. The approval process will also take around 15 days, which will be significantly longer than the current five.

South Korea is also still willing to talk with Japan anytime even after the new policy is implemented, according to the ministry.

In a separate action, South Korea filed a complaint with the World Trade Organization (WTO) on Wednesday over Japan's curbs of exporting key industrial materials to Seoul.

The complaint, however, will not cover Japan's removal of South Korea from trusted trading partners.

Tokyo's move is widely seen as a retaliation against a verdict by a Seoul court last year that ordered Japanese firms to compensate Korean victims for their wartime forced labor. 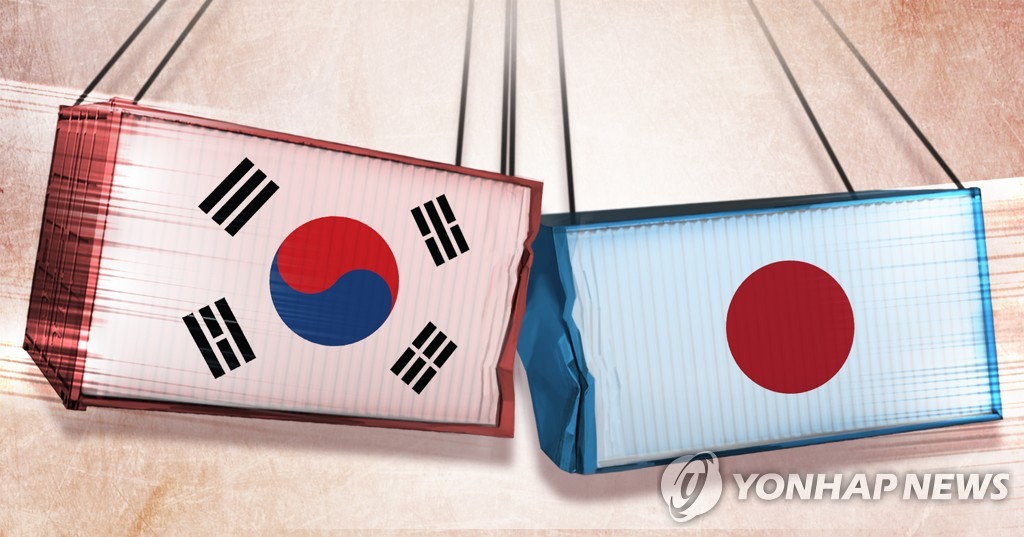 Seoul to drop Tokyo from whitelist this week

Seoul to drop Tokyo from whitelist this week