SEOUL, Sept. 13 (Yonhap) -- Veteran ballerina Kim Seh-yun, 40, has experienced nearly everything as a dancer. Throughout her 30-year career on the ballet scene, she has worked with a number of ballet troupes including South Korea's Universal Ballet, the United States' Boston Ballet, Switzerland's Zurich Ballet and the Spanish National Dance Company, where she became a principal dancer.

She has played the lead roles in "Giselle," "Swan Lake," "Don Quixote" and "Romeo and Juliet." 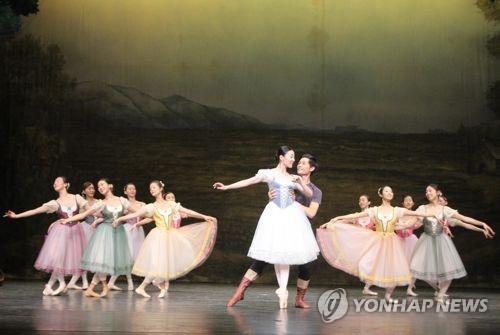 While dancers of her generation have started to think about retirement recently, she has been looking for a new challenge and opened the second phase of her career as a choreographer.

"My first step as a choreographer began when my friends left the stage. I thought a lot at that time," Kim said in an interview with Yonhap News Agency last week. "Nevertheless, I wanted to continue acting and doing other things."

The go-getting ballerina made her choreographic debut with "Death Song," a 40-minute modern ballet vaudeville, in 2017, which was followed by "Triple Bach" and "Angels of Beethoven."

"I'd never thought about being a choreographer," she said. "But I loved to work with choreographers and exchange opinions and feedback together." 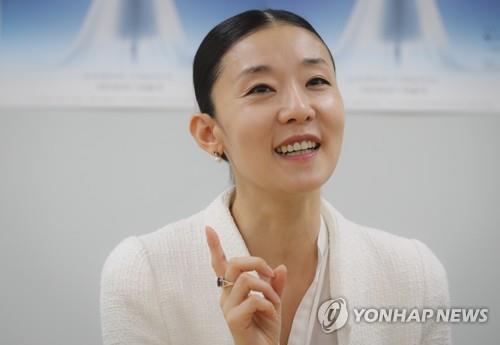 As a choreographer -- someone who has to create and refine every motion of a ballet performance -- she said she should take care of the lighting, costumes, music and everything else, all of which she is interested in.

"As a dancer, I wasn't sure that my dancing was good enough or shown beautifully on the stage," Kim said, adding that she was fastidious about a few things including lighting. "But becoming a choreographer, I can see it from beyond the stage. I know what I should do to make dancers shine more brightly on the stage with their movements, using lighting, costume and other things."

Two years after her debut as a choreographer, she is now preparing to set a two-act ballet, "Hansel and Gretel," for the first time next week in Seoul.

"A full-length performance requires more perfect preparation and detailed plans than shorter ones," she said. "In my previous pieces, I took more care over choreography itself. But to prepare for a full-length show, I need a totally different approach from the beginning."

But the novice choreographer knows she can't succeed overnight.

"I don't expect that I can make it 100 or 200 percent perfect at my first-ever choreography (attempt,)" she said. "I know the show gets better and better at its second round and its third. I'm just trying to improve the quality of the premiere performance."

While she may have changed her career from ballet dancer to choreographer, she still isn't satisfied.

"I want to learn more about art, directing, lighting and costuming," she said. "It's easier for me to be an expert in those fields if I want to choreograph a show as I planned."

Kim said she has not yet given up on her career as a ballerina. The never-satisfied choreographer is still trying to keep herself in good shape and is planning to dance on the stage in the near future. At the same time, she is teaching young students at a ballet school in Zurich, Switzerland.

"I'm not retired, officially," she stressed. "I'm just busy until June next year, though. I love choreographing and teaching as well."