"Today's Samsung was an impossible future in the past," Lee was quoted as saying by the company. "We have to open up a new future with new technologies that don't exist today." 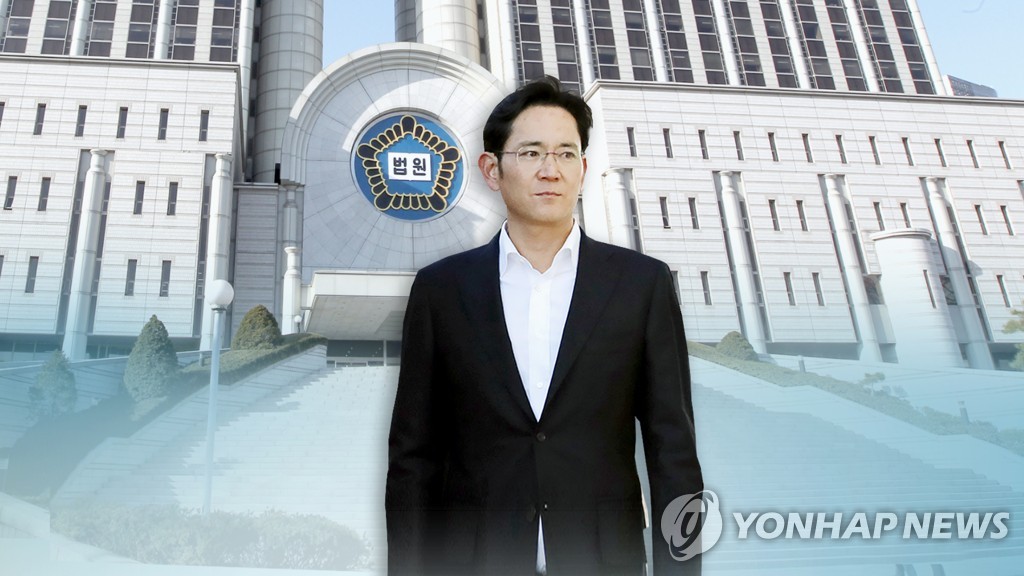 It was the Samsung heir's first public appearance since the Supreme Court's ruling on his bribery case on Sept. 26 and his fifth visit to the company's factories and facilities since Japan tightened export regulations on high-tech materials in July.

The top court overturned a lower court ruling that suspended the sentence for the de facto head of Samsung Group on a bribery case involving the former president Park Geun-hye. With the court decision, Lee has to prepare for another trial.

"We should keep doing what we have to do amid rising uncertainties," Lee said. "We have to prepare thoroughly and keep challenging."

Uncertainties surrounding the leadership are another headache for Samsung, which is already grappling with business headwinds at home and abroad.

The world's largest memory chip and smartphone maker saw its operating profit in the first half of this year more than halve due to softening chip prices and weak demand for smartphone and displays.

With Japan's removal of South Korea from a list of trusted buyers last month and adoption of stringent export controls on over 1,100 strategic items, Samsung is also preparing various scenarios to minimize fallout from the new export regulations.