Park, who has been in a Seoul detention center since March 2017 in a massive corruption case, will be transferred to a hospital next Monday for an operation on her left shoulder, the ministry said.

On Monday, the prosecution rejected a request of a stay of execution that Park made last week, citing worsening illnesses. Her first such request in April was also rejected.

"Despite all the efforts by medical staff both in and outside the detention center, and a recent treatment at an outside hospital, her shoulder pain and other conditions have not been improved," the ministry said in a press release.

Park is serving a total of 32 years in prison for bribery, abuse of power, election law violations and other charges.

On Aug. 29, the Supreme Court ordered a retrial of a corruption case, in which she was sentenced to 25 years in prison by an appeals court. The top court said some of her bribery charges should be dealt with separately, which may lead to heavier punishment. 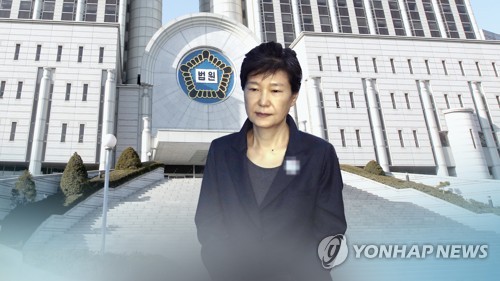