SEOUL, Sept. 12 (Yonhap) -- If things were normal, Ryu Hyun-jin would have taken the mound for the Los Angeles Dodgers against the Baltimore Orioles on Thursday morning (Korean time), hoping to pad his stats against one of the worst teams in baseball in his Cy Young campaign. And many South Korean baseball fans would have been glued to their TV sets or computer screens to watch Ryu at work at the start of the four-day Chuseok long weekend.

But these aren't normal times for the South Korean left-hander, who has stalled, if not downright fallen behind, in the race for the top pitching award. 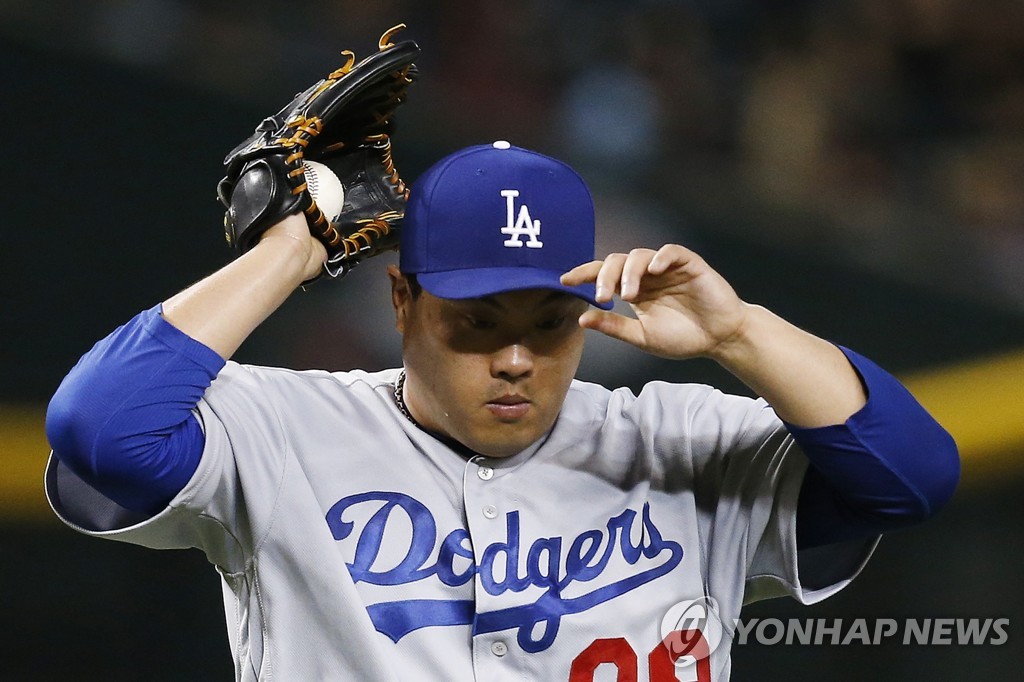 Ryu's mid-summer struggles extended into September, and his bid to become the first Asian pitcher to win a Cy Young in either league has taken as much of a beating as his ERA.

In his past four starts, Ryu was roughed up for 21 earned runs in 19 innings and went 0-3. His ERA has gone up by a full run from 1.45 to 2.45, though he still leads Major League Baseball (MLB) in that category.

And the way Ryu got the hook in his most recent outing on Sept. 4, against the Colorado Rockies at home, highlighted the Dodgers' growing concern about the left-hander.

The Dodgers were leading 7-3 with one out in the fifth inning. Ryu was two outs from qualifying for his first win since Aug. 11, but he'd also given up three straight singles. Because of his shoddy command -- Ryu handed out a season-worst four free passes -- his pitch count was up to 93.

Few would have batted an eye if LA manager Dave Roberts decided to let Ryu get out of his own trouble and give him a chance to earn that W. Instead, Roberts didn't mess around and went to the bullpen. The Dodgers went on to win by 7-3.

Roberts then announced last weekend that Ryu would skip a turn in his rotation to get a breather in the stretch run. The skipper has insisted Ryu is healthy -- the same claim repeated by the pitcher himself -- but the Dodgers would be wise to monitor Ryu's workload, given his age and injury history. The 32-year-old, who missed all but one start from 2015 to 2016 with shoulder and elbow injuries, has thrown 161 2/3 innings this year. That's the second-highest total of his career, and most since he threw 192 innings in his rookie year in 2013. 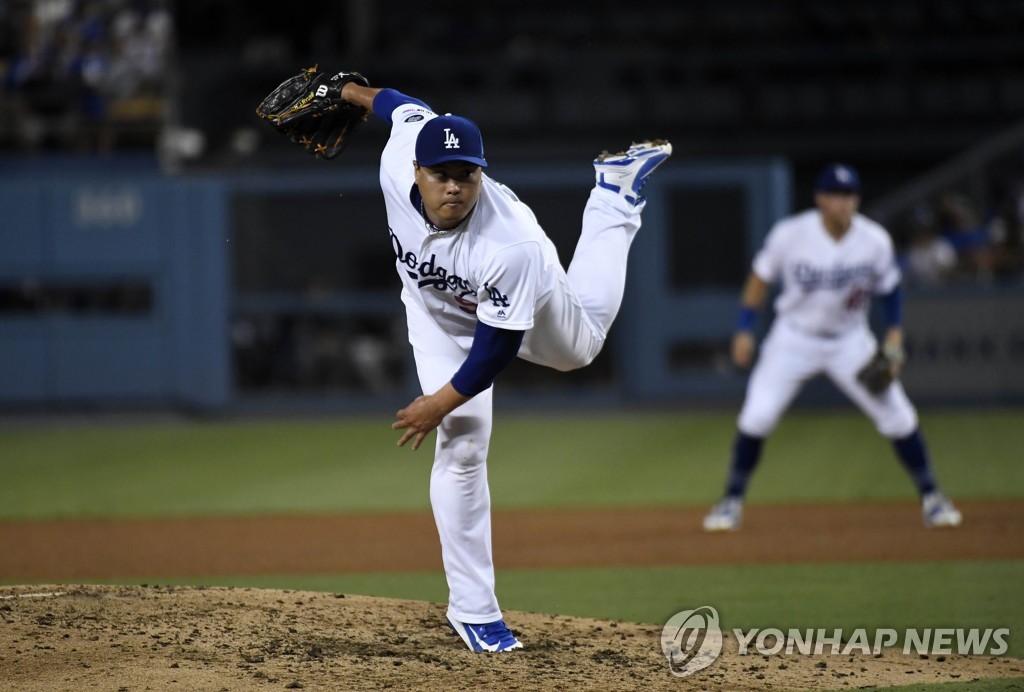 With his sparkling ERA, which once sat at an absurd 1.45, and other out-of-this-world peripheral numbers, Ryu was once considered a strong candidate for the National League (NL) Cy Young Award. That is no longer the case. Ryu somehow stayed in the race through his August adventures, but other contenders have had strong outings for a late-season push.

The two most recent NL Cy Young winners, Max Scherzer of the Washington Nationals (2017) and Jacob deGrom of the New York Mets (2018), have both had bounceback performances in their latest starts.

Scherzer held the Atlanta Braves to a run over six innings on Sunday, striking out nine and lowering his ERA to 2.56, behind only Ryu in the NL. It matched Scherzer's longest outing since his return from a monthlong stint on the injured list in August, and the nine strikeouts were his most in two months.

DeGrom is first in strikeouts, after notching 11 of them against the Arizona Diamondbacks on Monday to reach 231 for the year. He threw seven innings of one-run ball to improve to 9-8 and his ERA sits at 2.70, fourth in the NL.

The two categories in which Ryu is ahead of Scherzer and deGrom, wins (12) and ERA, also happen to be the two that aren't regarded in the same exalted light as they used to be. 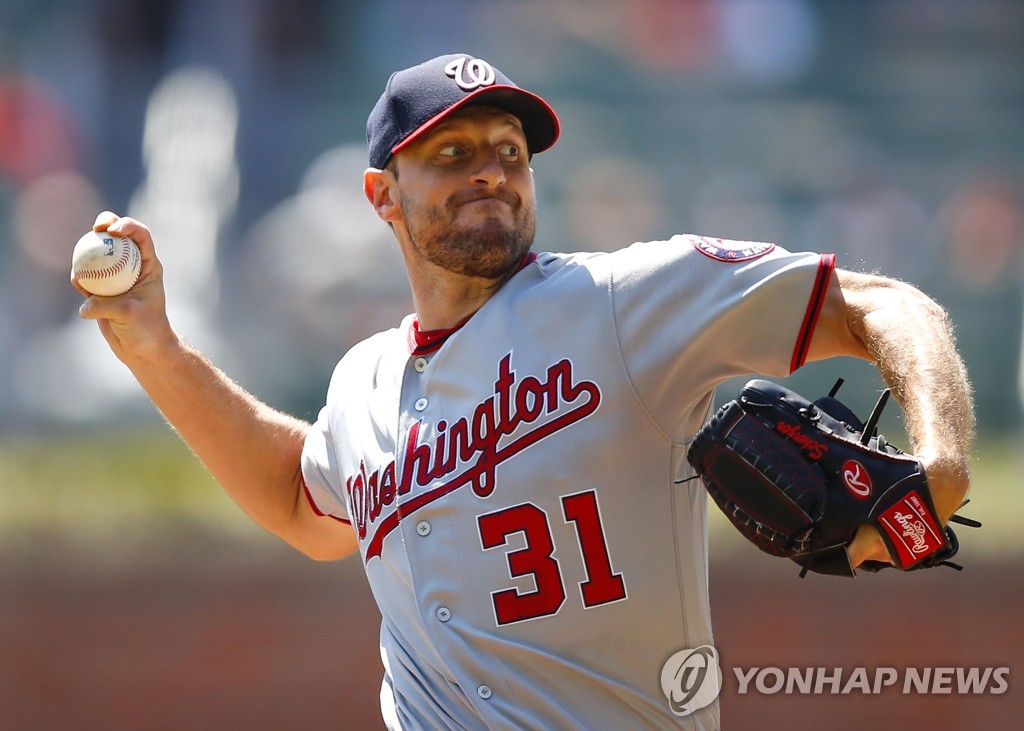 Sabermetricians, or those who put their faith in new-style analytics, claim wins and ERA aren't true measures of a pitcher's success because they're often dependent on other factors, such as defense and batted ball luck. They have come up with fielding independent pitching (FIP), an ERA-like number that focuses on events that a pitcher can control, such as strikeouts, walks and home runs.

If a pitcher's FIP is lower than his ERA, this means he has had poor luck. But if the FIP is higher than the ERA, it means the pitcher has been dodging bullets, likely thanks to strong defense or hard-hit balls that went right to his fielders. The larger the gap in that case, the luckier the pitcher has been.

Scherzer and deGrom are first and second in FIP in the NL with 2.91 and 3.21, respectively. Ryu is seventh with 3.45, exactly a full run higher than his ERA.

Ryu trails those two in other advanced statistics, into which Cy Young-voting baseball writers have been putting more stock in recent years. In wins above replacement (WAR) by baseball site FanGraphs (fWAR), Scherzer and deGrom are also 1-2 in the NL with 6.2 and 5.9. In WAR calculated by Baseball-Reference.com (bWAR), the two right-handers are first and second in the league with 6.0 and 5.9. 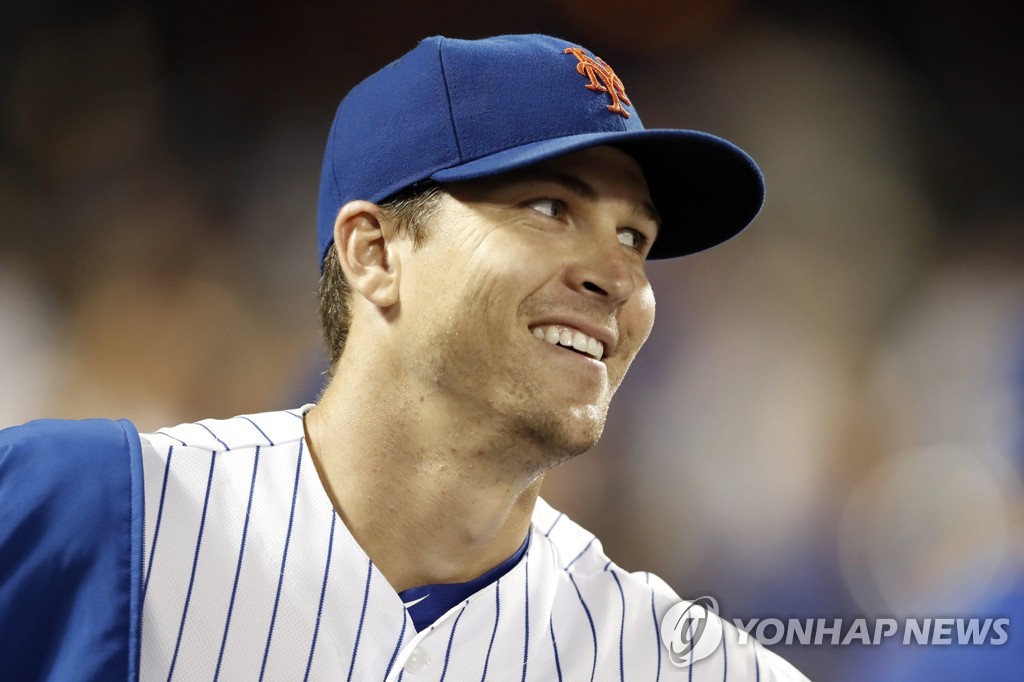 Ryu has fallen out of the top 10 in bWAR and ranks seventh in fWAR.

The Dodgers announced Ryu will make his next start versus the Mets at Citi Field in New York at 7:10 p.m. Saturday (local time), or 8:10 a.m. Sunday in Seoul. Ryu threw a bullpen session Tuesday to tinker with his mechanics and will now get to test his changes against the Mets' Cy Young contender.

An ERA title hasn't always guaranteed a Cy Young win in the past. Two of the past three NL ERA champions, Clayton Kershaw of the Dodgers (2017) and Kyle Hendricks of the Chicago Cubs (2016), didn't win the top pitching prize.

If Ryu were to push his way back into the race, his ERA would have to be so overwhelmingly low that voters will be forced to overlook his other stats. But it doesn't look as though the Dodgers will give him much of an opportunity to lower that ERA back to below 2.00, since they'll look to manage his load and keep him fresh for their postseason run.

The Dodgers lost in each of the past two World Series. Their last title came in 1988.