SEOUL, Sept. 11 (Yonhap) -- Measuring 18.5 meters in height and 11 m in diameter, a massive pagoda of TV monitors has been the symbol of South Korea's National Museum of Modern and Contemporary Art (MMCA) in Gwacheon, south of Seoul, and the quintessence of Korean-American artist Paik Nam-june's (1932-2006) pioneering video art career.

Since its installation at the MMCA in 1988, the six-tier tower of 1,003 cathode-ray tube (CRT) monitors, "The More The Better," kept emitting a cascade of light and colorful images to symbolize the immensity of mass communication and information dissemination not long after the mass distribution of the first color television. 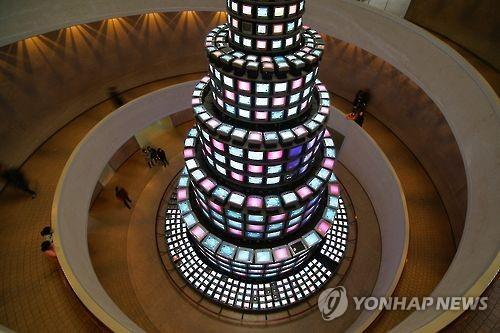 The flickering tower, however, came to a complete stop in 2018 after a short circuit at the top of the artwork led to a security check that detected a major risk of fire.

As the historic video art installation went into a temporary hiatus, the MMCA has been seeking ways to repair hundreds of its dead monitors to bring the landmark work, the biggest video art piece in the world, fully back to life.

But the task to procure hundreds of substitute CRT monitors posed a major challenge to the repair project as the old model went out of production and gave way to light-emitting diode (LED) monitors with the passage of time since the installation by Paik, the de facto founder of video art.

In the face of difficulties to secure vintage tube television monitors, the MMCA was trapped in a major philosophical question of whether the museum would stick to Paik's original CRT monitors or move on to adopt LED monitors in respect for Paik's penchant for cutting-edge media technologies.

"(CRT) monitors would accurately reflect (the technological state from) the era when Paik lived," Park Mi-hwa, a researcher in charge of the MMCA repair project, said Wednesday in a press conference, announcing the museum's decision to retain the tower's original monitor format.

"Looking back some 100 years from now, (the original format) would be (accurately) visualizing the time (the tower was created). And it is a museum's duty to preserve things like this," she said.

To tackle the tricky task of procurement, the museum's task force looked out and secured a batch of CRT monitors in China, where the old model is still in production.

It will also look into the local secondhand market to secure a total of some 300 CRT monitors needed to carry out the repair work, another MMCA official said.

But the museum will be forced to adopt LED monitors to replace the tower's rows of rare six-inch monitors, he said.

Under the three-year repair plan requiring 3 billion won (US$2.5 million) in budget, the MMCA plans to flick "The More The Better" fully back on in the latter half of 2022, with the establishment of a special archive dedicated to Paik's artistic world that still inspires an army of contemporary artists, according to the museum.

The repair work will also include a special project to reconstruct the media tower so that future preservationists can gain better access to the installation to replace monitors when their life span comes to an end. 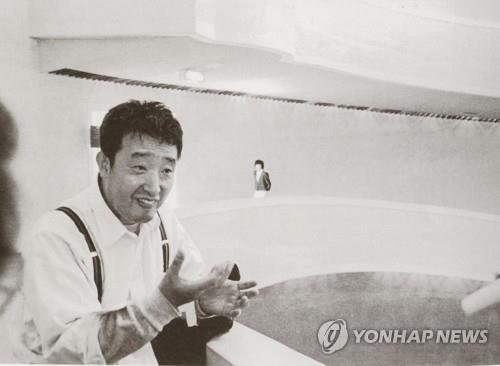