GWANGJU, Sept. 12 (Yonhap) -- A married couple in their 50s died and four others were injured in a fire in an apartment building in the southwestern city of Gwangju early Thursday, authorities said.

The fire broke out around 4:20 a.m. on the fifth floor of the building where the couple was at home with their two children, both in their 20s, and one of their friends, according to officials

The husband, 54, died after falling from his apartment and the wife, 51, was found dead inside the home.

The other three were injured while escaping the fire and a nearby resident was rushed to a hospital after inhaling smoke, the officials said.

Firefighters put out the blaze in about 20 minutes. An investigation is under way to determine the cause of the incident. 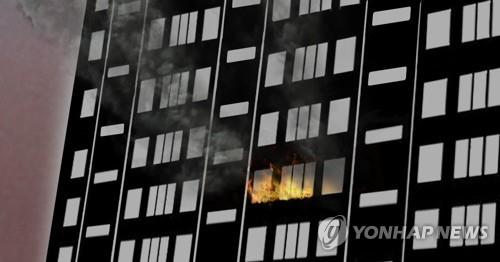