SEOUL, Sept. 12 (Yonhap) -- Traffic was backing up heavily on many expressways across the country Thursday as people headed to their hometowns on the first day of the four-day Chuseok holiday.

Chuseok, the Korean equivalent of Thanksgiving, is one of the country's biggest traditional holidays and serves as a chance for family members to get together to give thanks and pay tribute to their ancestors by preparing them meals and visiting their graves.

Chuseok is celebrated on Aug. 15 in the lunar calendar, which falls on Friday this year.

"It appears that the region-bound traffic, which began yesterday, will continue through the night," an expressway corporation official said, adding that the heavy traffic is expected to begin easing around 7-8 p.m.

The Seoul-bound traffic is expected to become heavy around 9-10 a.m. Friday, the official said. 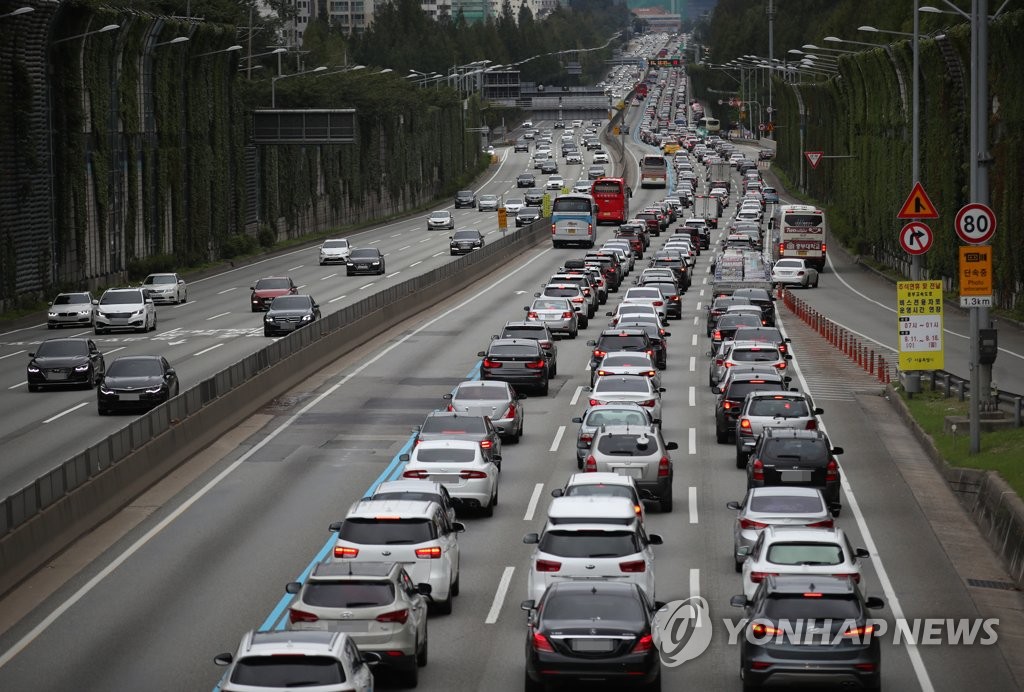