Lee said he hopes that the troops of the Cheonghae Unit will successfully complete their missions before returning home. South Korea rotates its troops serving in the unit.

The 300-strong contingent operating the 4,400-ton destroyer, the Kang Gam Chan, has been deployed in the Gulf of Aden since 2009 as part of global efforts to tackle piracy in the region.

Lee also held phone conversations with eight other South Koreans and expressed thanks for their works earlier in the day, a day before the Chuseok holiday, the Korean equivalent of Thanksgiving.

Chuseok is one of the country's biggest traditional holidays, along with Lunar New Year's Day.

The eight people included Chung Jung-yong, head coach who led South Korean men's under-20 football team to their unexpected run to second place at the FIFA U-20 World Cup in Poland, and an official at Jang Bogo Station, the second South Korean Antarctic research station. 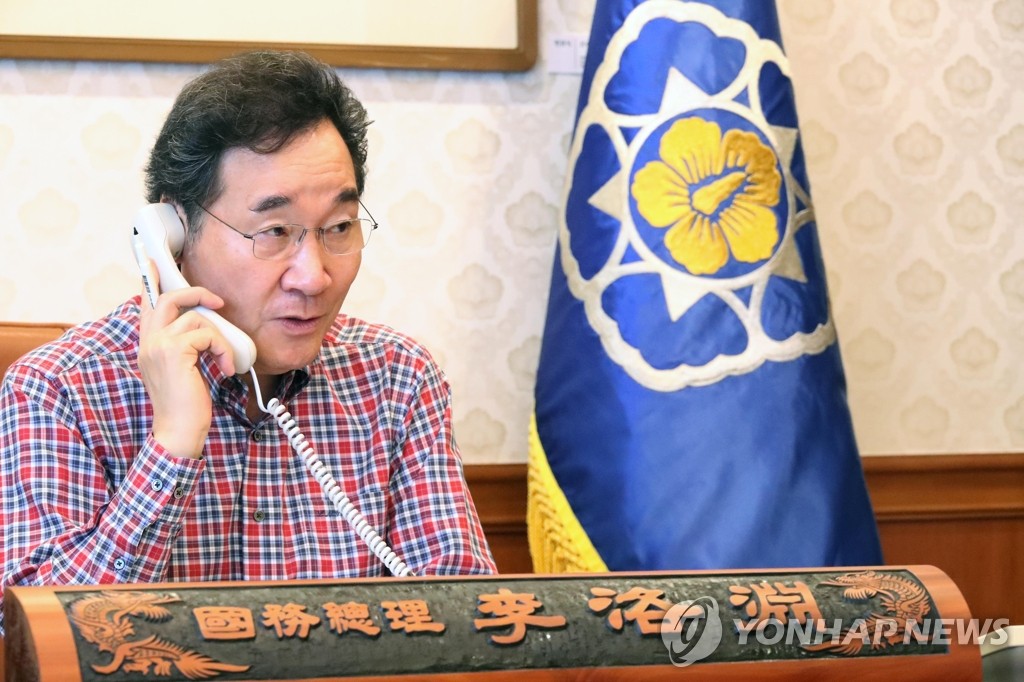