SEOUL, Sept. 15 (Yonhap) -- A senior North Korean official has visited a southwestern area of his country to inspect the damage to farms after Typhoon Lingling swept through the region last week, state media reported Sunday.

Pak Pong-ju, a vice chairman of the North's State Affairs Commission handling economic policies, examined cooperative farms in key counties in South Hwanghae Province and discussed with officials measures to cope with the damage at a meeting he presided over at the site, according to the Korean Central News Agency (KCNA).

"Making rounds of co-op farms in Ongjin, Kangryong and Yonan counties of the province, he learned about the damage of crops and arable lands and encouraged officials and working people in their struggle to eradicate the damage caused by the typhoon," it said.

His visit to the region suggests that the communist state, already struggling with chronic food shortages, is striving to deal with the typhoon's impact on agriculture after it passed through South Hwanghae, known as the North's breadbasket.

The KCNA also reported on repair efforts at train stations and said that 458 square kilometers of its farmland suffered flooding and other damage from Lingling. 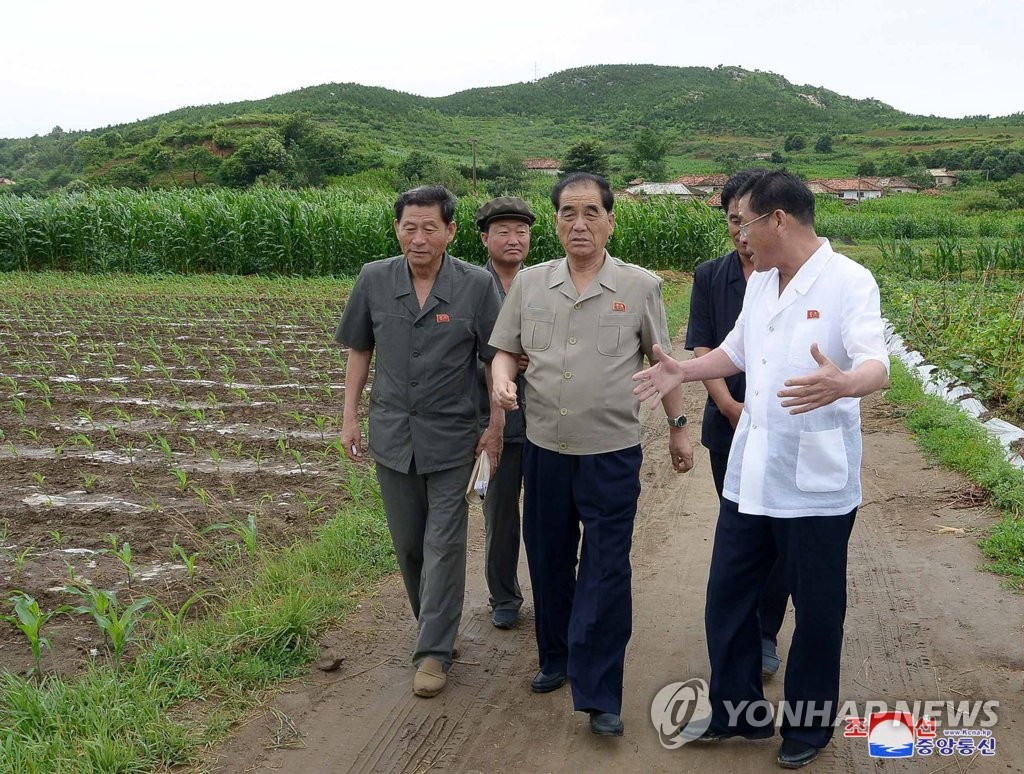