SEOUL, Sept. 15 (Yonhap) -- Traffic congestion was building up on major expressways across South Korea on Sunday as people returned from their hometowns on the last day of the four-day Chuseok holiday.

Chuseok, the Korean autumn harvest celebration, is one of the country's biggest traditional holidays and serves as a chance for family members to get together to give thanks and pay tribute to their ancestors by preparing them meals and visiting their graves.

Chuseok is celebrated on Aug. 15 in the lunar calendar. It fell on Sept. 13 in the solar calendar this year.

Nearly 4 million vehicles were expected to use highways Sunday, with the traffic congestion to reach its peak around 3-5 p.m., before easing at about 11 p.m., according to the Korea Expressway Corp.

At least 480,000 vehicles were expected to head to metropolitan areas from provincial regions.

As of 1 p.m., it took about 5 1/2 hours to drive from Busan to Seoul, 4 1/2 hours from the southwestern city of Gwangju and three hours from both the eastern coastal city of Gangneung and Daejeon in central South Korea. 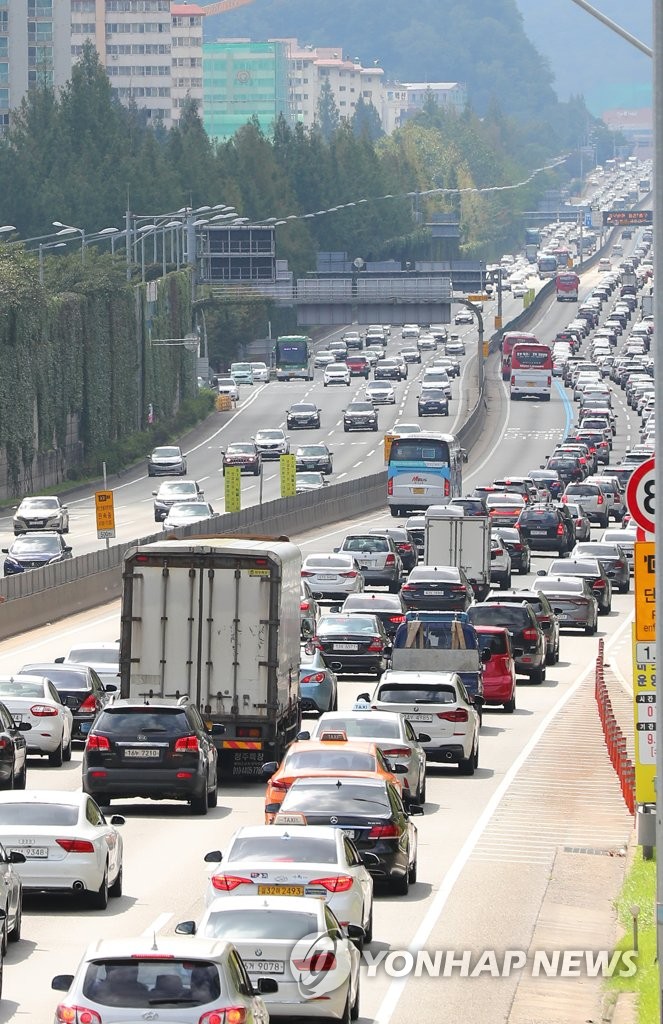 Traffic jams on highways on last day of Chuseok holiday

Traffic jams on highways on last day of Chuseok holiday