Samsung C&T formed a consortium with FCC Construction of Spain and Alstom of France in 2013 to build six subway lines covering 168 kilometers in Riyadh. The project, Saudi Arabia's first public transportation construction project, is expected to be completed by 2020, the firm said.

The 51-year-old Lee is the largest shareholder with a 17.1 percent stake as of June in Samsung C&T, which in turn holds a 5 percent share in Samsung Electronics, the conglomerate's crown jewel. 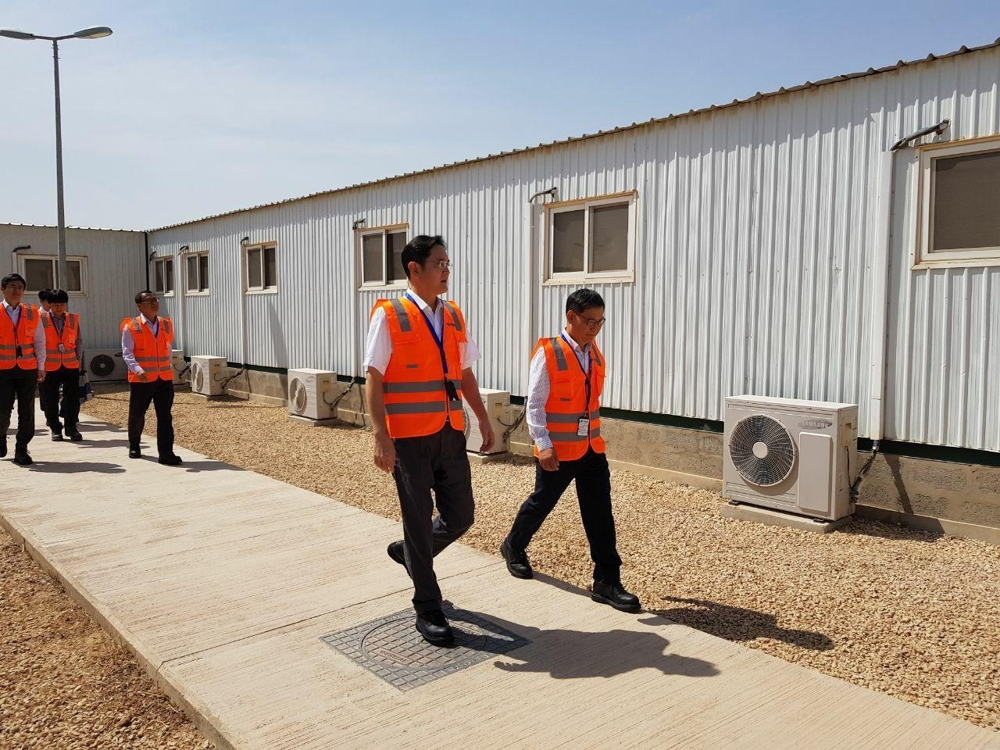 The project is part of Samsung's business presence in Saudi Arabia, South Korea's biggest trading partner in the Middle East and No. 1 crude exporter to Asia's fourth-largest economy.

It was the Samsung heir's second public appearance since the Supreme Court's ruling on his bribery case on Sept. 26 and his sixth visit to the company's factories and facilities since Japan tightened export regulations on high-tech materials in July.

The top court overturned a lower court ruling that suspended the jail sentence for Lee on a bribery case involving former President Park Geun-hye. With the court decision, Lee has to prepare for another trial.