SEOUL, Sept. 15 (Yonhap) -- South Korea's job growth is showing clear signs of improvement, with the government planning to roll out "preemptive" measures to help cushion the negative impact from the inevitable restructuring of some troubled businesses, the presidential office said Sunday.

He cited the latest data on job creation. In August, the jobless rate hit a six-year low of 3 percent, according to the data compiled by Statistics Korea. It's the lowest for the month. The number of employed people reached 27.3 million in August, an increase of 452,000 from the same month in 2018.

"Signs of job recovery are clear. What the government especially takes note of is that such job improvement is evident in all age groups, not in just some specific categories," he told a press briefing.

Based on the figures, he said, the number of jobs to be added throughout this year is expected to reach the middle of the 200,000 level.

The government initially predicted a monthly average increase of 150,000 on payrolls and revised the forecast up to 200,000 in the second-half growth projection. And the January-August average recorded 249,000.

"Given the recent trend, it's expected that (we) will be able to raise the estimated figure (for this year) up to the middle range of 200,000," the official said. 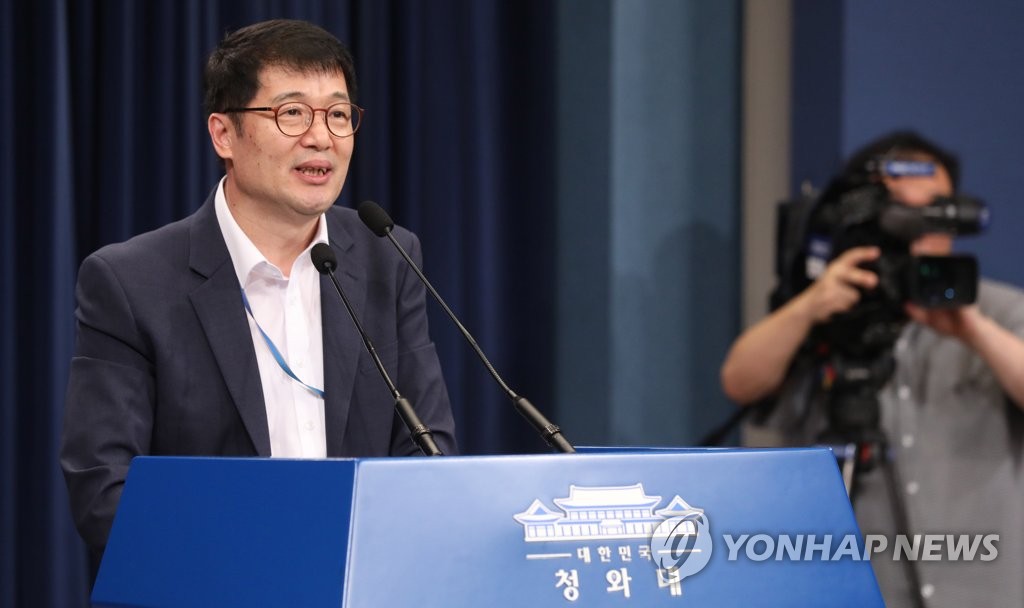 In order to maintain the growth pace, Hwang said the government will "unwaveringly" push for measures to support industries exposed to risks, as the economic outlook remains uncertain.

When it comes to economic policies, it's important to make steady policy efforts, as it's hard to pull off accomplishments overnight, he said.

He also underlined the need to push for corporate restructuring at the earliest possible phase so as to minimize potential job losses.

"As the economic environment changes, we are in an age where constant restructuring and structural change are inevitable," he said. "Proactively carrying out restructuring where it's necessary is the way to reduce pain."

To that end, the government plans to soon introduce policies in detail aimed at helping companies or industries that fit into those categories, as well as other support measures, such as job sharing, he added.

The job problem for people in their 40s is a "painful part" for the government, the official told reporters on background.