SEOUL, Sept. 16 (Yonhap) -- South Korea is expected to experience a drop in its trade surplus if the United States and Japan successfully clinch a free trade agreement (FTA), a think tank said Monday.

Washington and Tokyo started their FTA negotiations in April, with the two anticipated to come up with significant progress soon.

If the two countries reach a deal, South Korea is expected to experience a decrease of up to US$27.5 billion in its annual trade surplus, according to the Korea Economic Research Institute (KERI).

Major victims would include automobile and machine manufacturers, while petrochemical firms and steelmakers may enjoy an increase in exports in return, the report said.

South Korea posted a trade surplus of $70.5 billion in 2018, marking the 10th consecutive year the country exported more goods than it bought overseas.

The U.S.-Japan FTA is also anticipated to lead to a decline in the number of exporters in South Korea.

The number of exporters in the automobile and electronics sectors may decrease up to 9.2 percent and 11.6 percent, respectively, when the two countries agree to implement a full-scale FTA, the KERI report showed.

South Korea, meanwhile, is urged to keep a watchful eye on the pending FTA as Washington and Tokyo may have reached a consensus on the Seoul-Tokyo trade dispute during their FTA negotiations.

"Washington could be taking a wait-and-see stance on Japan's export restrictions against South Korea because it reached a tacit understanding with Japan," said Jung Jae-won, a researcher at KERI said.

"Amid the protracted trade dispute between the U.S. and China, the Seoul-Tokyo trade tension may last for a longer period," Jung added.

In July, Japan implemented curbs on exports to South Korea of materials vital for making chips and displays, which are considered the backbone of the technology industry here. Japan also removed South Korea from its list of nations given preferential trading terms on Aug. 28. 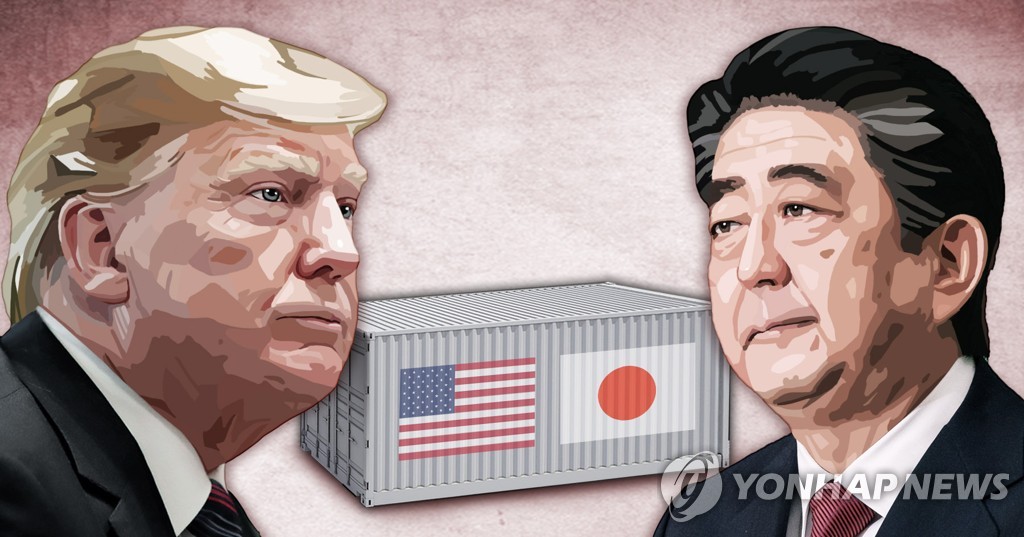