"Shin and Kim met and shared their opinions," a LG Chem spokesman said. "The two CEOs had a sincere conversation, but we can't reveal details of what they talked about."

Industry sources said that the two sides failed to make a change in the status quo of their legal battles, though it's still meaningful that they've managed to meet over the issue.

"We think that the meeting itself was meaningful," a SK Innovation spokesman said. "We'll keep trying to solve the issue with dialogue while doing our best in court."

LG Chem and SK Innovation have been at loggerheads in recent months over EV battery-related patent lawsuits.

In April, LG Chem filed a pair of lawsuits with the U.S. International Trade Commission (USITC) and the U.S. District Court of Delaware, requesting an embargo on importing EV battery-related products from SK Innovation, while demanding compensation for the piracy of trade secrets.

In response, SK Innovation filed a suit with the USITC this month, claiming that LG Chem infringed on its patents in lithium-ion batteries. SK Innovation also lodged a damage suit against LG Chem with a South Korean court in June, saying the latter's suit is hurting its EV battery business.

SK Innovation said earlier that it is willing to discuss the matter with LG Chem out of court and settle the problem. LG Chem has been responding that it can accept the dialogue offer should SK Innovation come up with a sincere apology and a compensation plan. 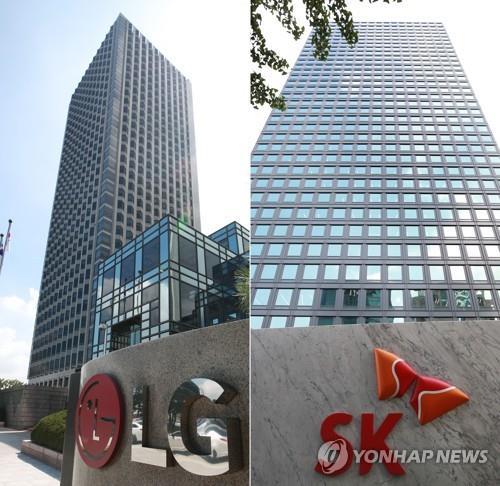