SEOUL, Sept. 16 (Yonhap) -- The chief of the main opposition Liberty Korea Party (LKP) will have his head shaved Monday to call for the dismissal of the justice minister, whose family is embroiled in corruption allegations, party officials said.

LKP chairman Hwang Kyo-ahn plans to shave his head in front of the presidential office Cheong Wa Dae at 5 p.m. to call on President Moon Jae-in to sack Justice Minister Cho Kuk, according to the conservative party.

In South Korea, politicians often have their heads shaved publicly in a show of protest for political purposes.

The shaving ceremony is aimed at "stopping the Moon administration from violating the Constitution and calling for the dismissal of Cho," the LKP said. 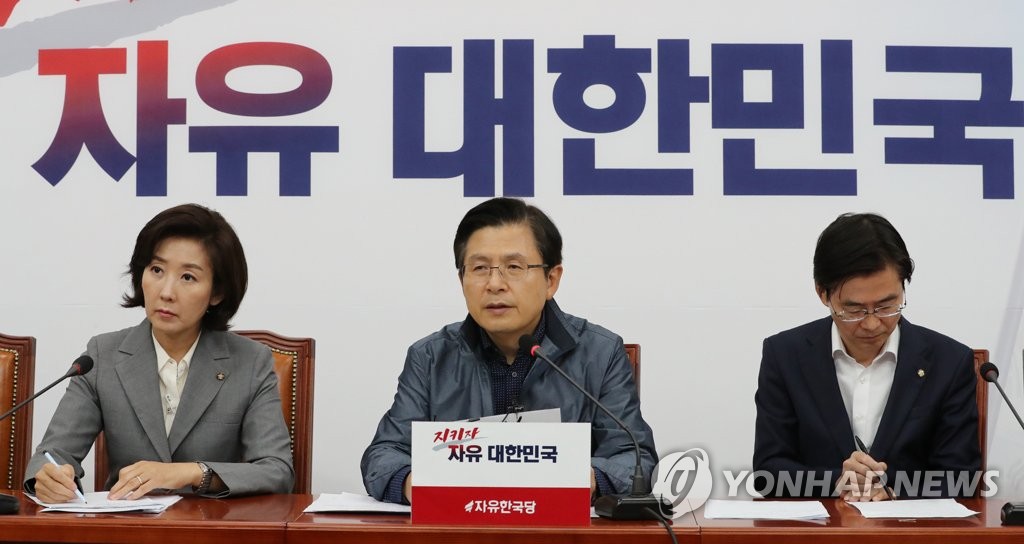 The protest came as Moon appointed Cho as the new minister last week despite the prosecution's probe into corruption allegations involving his family members.

The prosecution is looking into a suspicious investment by Cho's family members in a private equity fund.

Cho's wife was also indicted for allegations that she played a role in fabricating a school certificate for her daughter.

Cho has denied his role in the allegations during a parliamentary confirmation hearing held Sept. 6.

Moon said last week if he does not appoint Cho solely due to suspicions, the move will make a bad precedent.

But conservative opposition parties condemned Moon's appointment and called for the dismissal of Cho.

In particular, the LKP took issue with the ruling Democratic Party (DP) and the government's move to revise a guideline over the prosecution's handling of the media.

They will hold a consultative meeting Wednesday to discuss ways to limit prosecutors' alleged leak to the press of details about their probes and indictments of suspects.

They are considering setting a new punitive stipulation under which the justice minister would be able to order surveillance on prosecutors who leak details about investigations to the media.

"They are hampering the prosecution probe by hook or by crook. They are effectively blocking the investigation (into Cho's family)," LKP floor leader Na Kyung-won said at a meeting with members of the leadership council.

The minor opposition Bareunmirae Party (BP) began to collect signatures from its lawmakers to submit a proposal to launch a parliamentary probe into Cho.

A proposal to demand a parliamentary probe requires at least the participation of one-fourth of existing lawmakers, which means 75. As the BP controls 28 seats in the 297-member parliament, it needs cooperation from the LKP to submit the proposal.

The ruling DP, meanwhile, slammed the opposition parties for focusing on political wrangling and shunning calls to improve people's livelihoods.

"It is the prosecution that will investigate," DP floor leader Lee In-young said at a party meeting. "It is time for the National Assembly to play a responsible role for the people's lives." 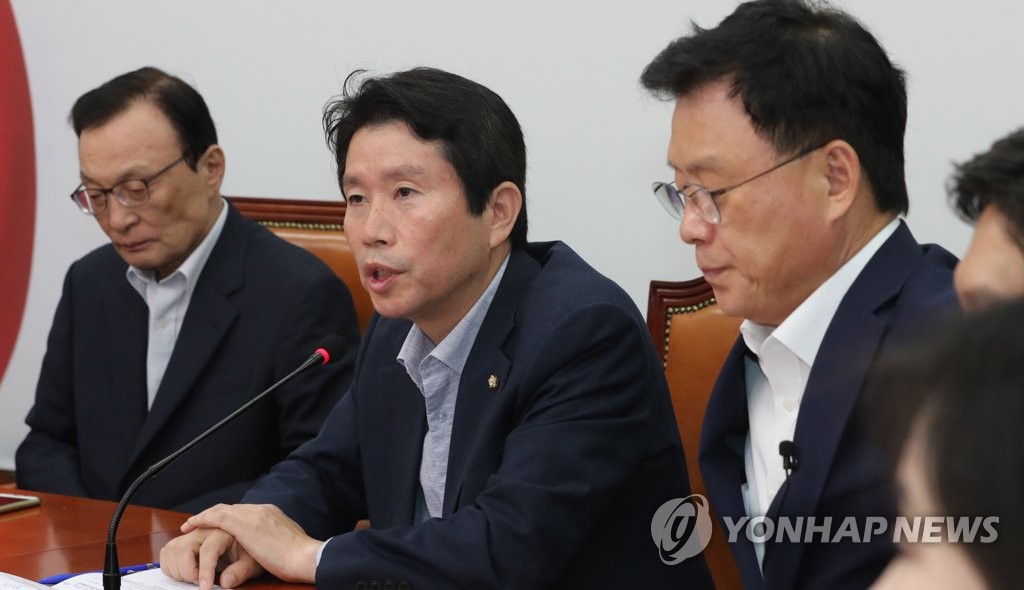