Moon cited an "unchanged commitment" to trust and peace by the leaders of the three sides, as he had a weekly meeting with his senior Cheong Wa Dae aides.

It will serve as a "force to advance the peace process on the Korean Peninsula," he said, adding, "North Korea-U.S. working-level dialogue will resume soon."

He did not reveal details, including the exact date and venue for the upcoming talks. 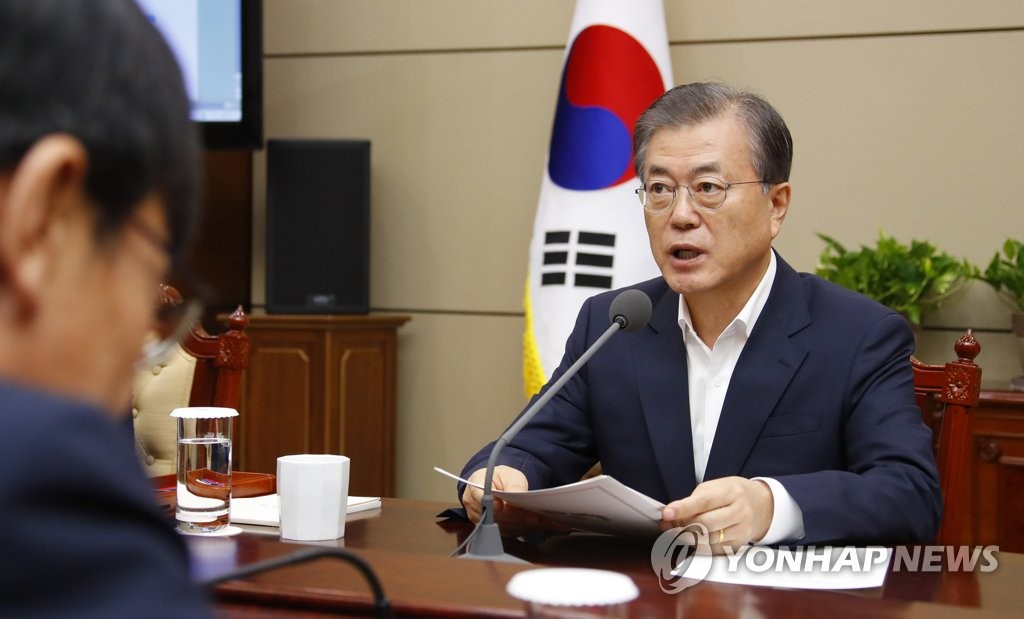 He said South Korea will actively support and assist Washington-Pyongyang dialogue, which will be discussed in his summit with Trump to be held on the sidelines of a General Assembly session of the United Nations.

Moon is scheduled to visit New York from Sunday to Sept. 26. He is expected to meet separately with Trump next Monday, although Seoul said the allies are still in consultations over the summit schedule.

"It will be an opportunity to share opinions frankly and gather wisdom on the direction of further developments of South Korea-U.S. relations based on the robust alliance," the president said.

He also said he will seek to draw more support from the U.N. and the international community for the Korea peace process when he attends the U.N. session.

Moon was stressing the importance of policy consistency on diplomatic and national security issues.

Whatever the South Korean government's role is, it will do everything it can to open the future of co-prosperity through the establishment of peace and a peace-driven economy, the president said.