SEOUL, Sept. 16 (Yonhap) -- Bringing its first official vacation to an end, boy band BTS on Monday resumed its global music career by traveling away from its home country.

The management agency did not disclose where the septet was headed, but they were reported to be on their way to film a TV reality show.

Some of the members, including RM and Jimin, spotted by a local media outlet, were holding selfie video cameras while the youngest member, Jungkook, showed up with longer hair.

BTS went on its official vacation on Aug. 11 -- the first in its world-dominating six-year career.

During the break, the members often reached out to fans on their official social media accounts to report their activities.

The first known event for BTS after the vacation is the last overseas stop of its latest world tour, "Love Yourself: Speak Yourself," in Riyadh on Oct. 11 before its final Seoul performances set for Oct. 26, 27 and 29. 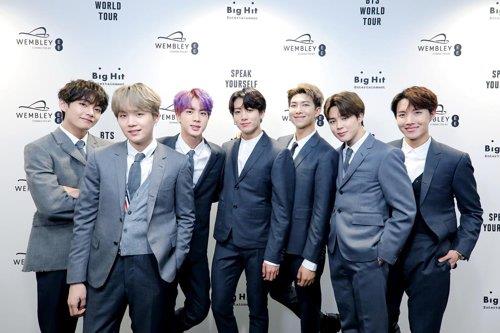