SEOUL, Sept. 16 (Yonhap) -- It's been a productive couple of days for the Pliskova twins on the WTA Tour.

First, world No. 2 Karolina Pliskova captured the Zhengzhou Open in Zhengzhou, China, on Sunday for her fourth WTA title of the season. Then her sister Kristyna, two minutes older, won her first round match at the Korea Open in Seoul on Monday. 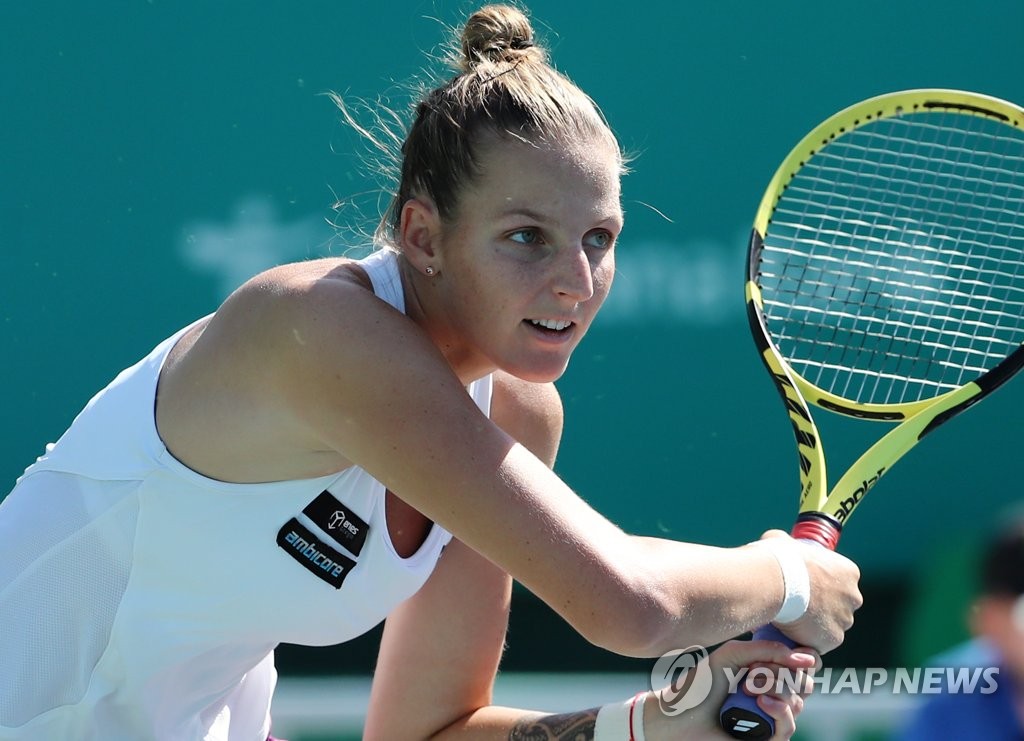 Kristyna's match began Monday afternoon, but instead of getting rest Sunday night, she made sure to stay up past 10 p.m. to watch her sister win in China.

The twins will be reunited later this week, with Karolina set to join Kristyna for the doubles at the Korea Open.

"I am glad she's coming here. She wasn't sure if she would come because she wanted to go home," Kristyna said after her victory on Monday. "We are so close and we talk all the time, about tennis and everything else. I am happy that she won."

Kristyna said it was "a bit strange" to be playing her twin sister because they practice together often and they know each other's games so well.

"We were very nervous before the match," she recalled. "It was one of the best matches I played this year."

Then she quipped, "I thought she'd be sad (after the loss) but she was okay." 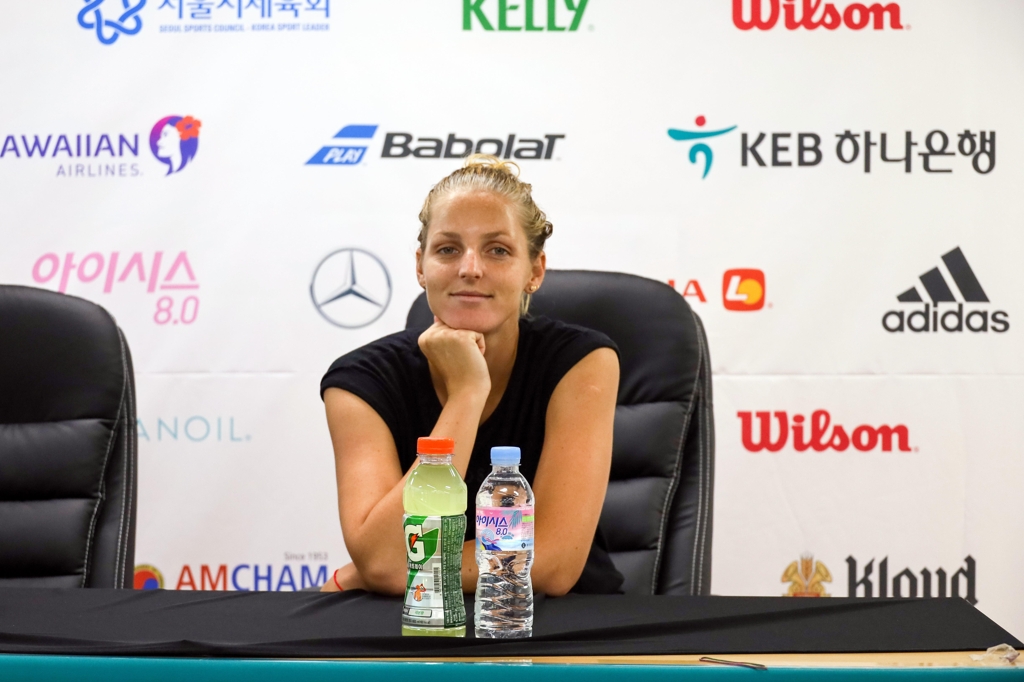 Kristyna said she and her sister have played doubles "once or twice this year" and they'll try to team up more often next year.

With Kristyna being left-handed and Karolina being right-handed, it's "the best combination" for a doubles team, the older Pliskova said.

"It's tough for opponents to return serves," Kristyna said. "We're so used to each other and it's good for us."

Even when they aren't playing doubles together, Kristyna said she will have another job for Karolina.

"I hope she will be my on-court coach," she said with a smile.