Jeong made the remarks during a security seminar held in Seoul to mark the first anniversary of the signing of the Comprehensive Military Agreement (CMA) between the two Koreas.

During the third summit between South Korean President Moon Jae-in and North Korean leader Kim Jong-un in Pyongyang on Sept. 19, 2018, the two Koreas clinched the pact, which calls for a series of peace-building and tension-reducing measures, such as the halt of all hostile acts against each other.

"The Sept. 19 agreement can be successfully implemented only based upon our military's strong power and water-tight readiness posture," Jeong said.

Noting that the military agreement is vital for the denuclearization of North Korea and lasting peace on the Korean peninsula, the minister vowed to "support the ongoing peace process with the mighty defense capabilities."

Some critics have argued that the CMA has undermined Seoul's defense capabilities and called for its abolition as North Korea has ratcheted up tensions by firing short-range projectiles, including ballistic missiles.

So far this year, the communist country has conducted major weapons tests 10 times, with the latest one taking place on Tuesday when Pyongyang test-fired at least two projectiles from its "super-large" multiple rocket launcher.

"It would be difficult to overcome overnight the inter-Korean confrontation and conflicts that have continued for more than 70 years ... Greater patience and efforts are required to continue to make changes on the peninsula," the minister said. 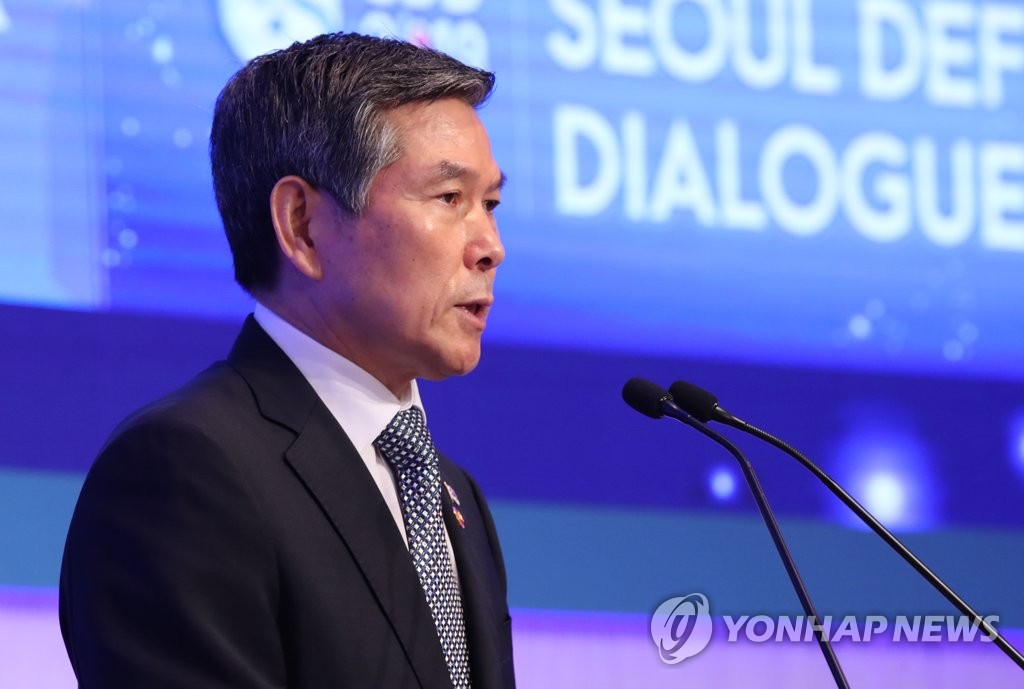