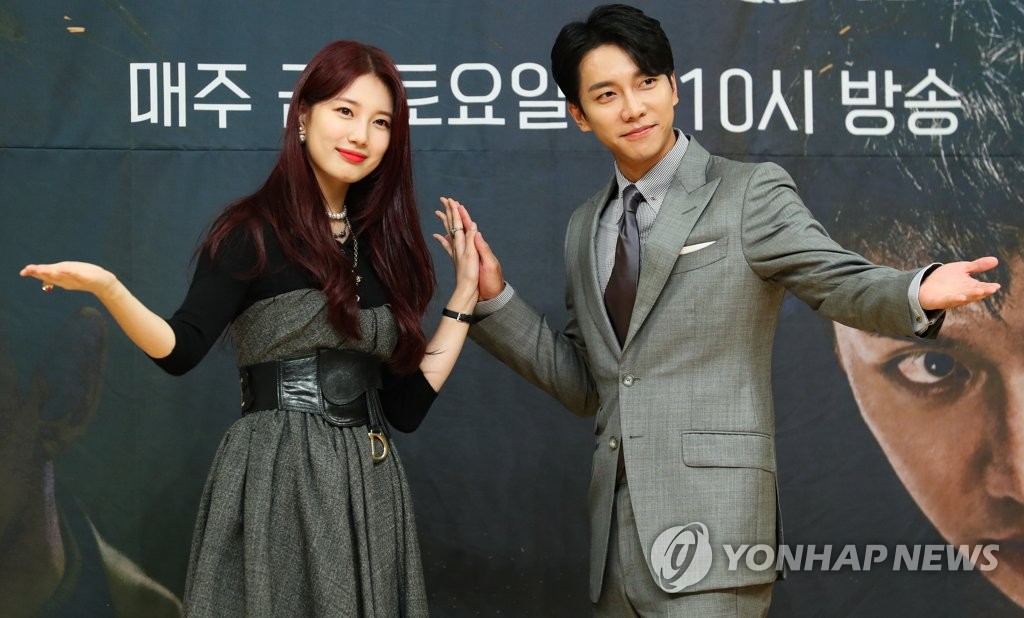 The 16-episode drama on SBS is about a stuntman, Dal-geon, played by Lee, who dreams of becoming an action star but gets involved in a massive corruption scandal as he tries to find out the truth behind the plane crash that killed his nephew.

Bae, better known by her K-pop stage name Suzy, plays Hae-ri, an agent who teams up with Dal-geon to get to the bottom of the scandal while working at the South Korean embassy in Morocco.

With a reported 25 billion-won (US$21.1 million) total budget and a star-studded cast, "Vagabond" is one of the most anticipated blockbuster dramas this year in South Korea. So far, other big-budget dramas, including tvN's "Arthdal Chronicles" and MBC's "Different Dreams" have failed to meet market expectations. In South Korea, it costs about 10 billion won to produce an average 16-episode TV drama.

"Vagabond" has also attracted media attention for being the first collaboration between Lee and Bae since the fantasy period piece "Gu Family Book" aired on MBC in 2013. 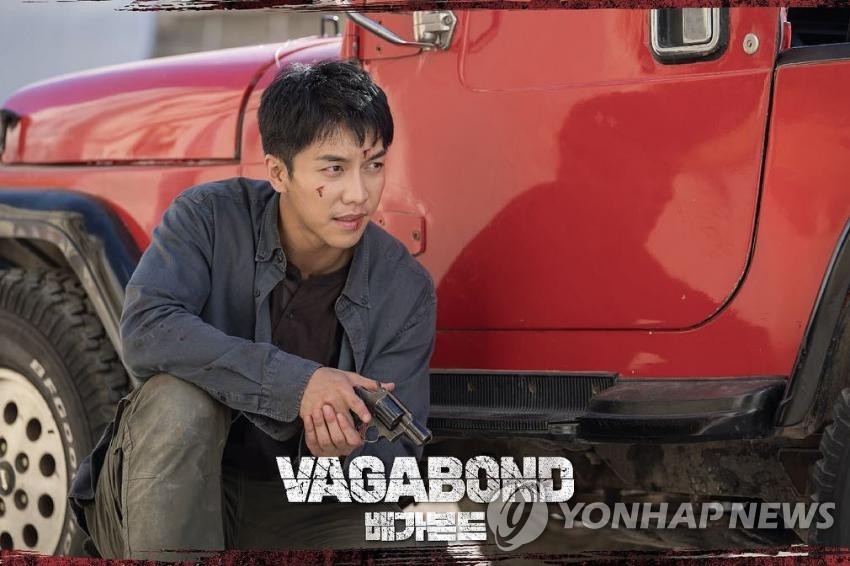 "This series is a spy action drama from beginning to end," Lee said in a press conference in Seoul. "There are large-scale action scenes like car stunts and shoot-outs throughout the 16 episodes."

The actors trained intensively for two or three months before filming to make the action scenes comparable to famous Hollywood film franchises like the Jason Bourne movies, he said.

Coincidentally, the drama was filmed in Morocco, a location for "The Bourne Ultimatum" (2007).

"But this drama is different from other action dramas or films whose main characters are well-trained agents," he said. "Dal-geon is just a stuntman, an ordinary citizen. The story starts with his nephew's death."

Suzy said since it was her first time acting as a National Intelligence Service agent and she put a lot of effort into learning how to shoot and improving her physical strength for the drama.

"I was so curious to play Hae-ri in the spy action series," she said. "Hae-ri's character is very attractive and she's growing step by step."

It is set to premiere on Friday and will be exclusively distributed by Netflix for overseas audiences.