The 11-track album marks a sharp turnaround from the characteristic energetic, uplifting music style the band has pursued since its debut in 2015.

The record is led by the main track, "Poison: Fear," an R&B dance number, heavy with booming bass sounds.

The song comes with a stronger-than-ever dance performance by the mob of 13 performers clad in black suits with bold jewelry.

"The track brings out Seventeen's darkest side that has not been shown before, describing internal fear as poison," the band's chief producer and member Woozi said in a press showcase for the album at a gym at Korea University in Seoul.

He said it will be "a major change" in Seventeen's music and concept. Woozi jointly composed and wrote the lyrics of the main song. 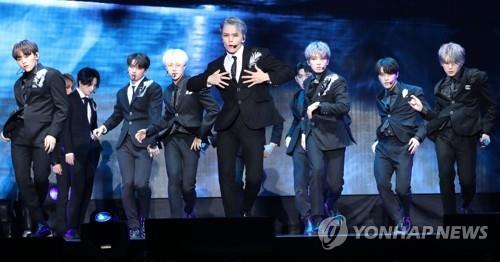 The fresh record represents the performance-intensive band's yearning for new challenges as well as its most recent artistic mindset, according to team leader S.Coups.

"We love tackling challenges and new adventure. ... This new album personifies who we are right now rather than defining the future direction of our music," he said.

Another notable song on "An Ode" is the first track, "Hit," a powerful EDM number composed by Woozi and K-pop solo artist Bumzu.

"As the title indicates, the song carries a message of fighting to break out of the things that shackle us," Wonwoo of the band said.

One of the goals the band has set for the latest album is "replaying core messages", according to member DK.

All 13 members were on the same page in staking everything they have on the new album.

The band will not stop there but continue to work to expand the spectrum of its music, Woozi noted.

Next month, Seventeen will start a world tour, "Ode to You." It kicks off in Osaka on Oct. 8 before moving to three other Japanese cities and then to Jakarta, Bangkok, Manila and finally Kuala Lumpur in February. 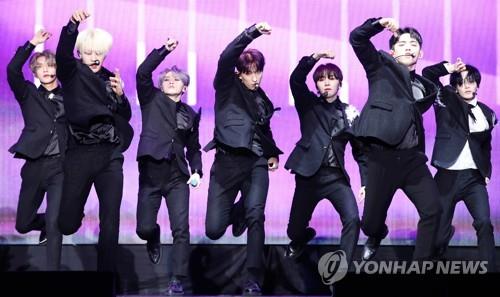