(ATTN: UPDATES with the suspected case of disease in paras 11-12)
By Kim Kwang-tae 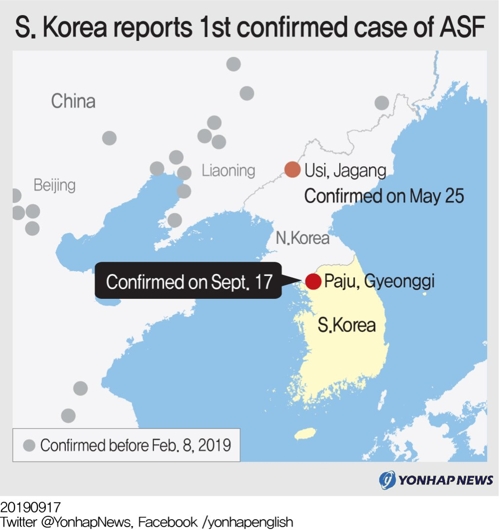 A pig farm in Yeoncheon reported a suspected case of African swine fever, the ministry said, without providing any further details.

Yeoncheon, a county near the border with North Korea, is located about 48 kilometers away from the pig farm in Paju where the disease broke out.