SEOUL, Sept. 17 (Yonhap) -- South Korea is mulling whether to hold a planned event to celebrate the first anniversary of an inter-Korean summit, following a confirmed case of African swine fever near its border with North Korea, a unification ministry official said Tuesday.

The government earlier said it would hold the event at Dorasan Station in Paju, just south of the inter-Korean border, on Thursday to mark the anniversary of the third summit between President Moon Jae-in and North Korean leader Kim Jong-un in Pyongyang last year.

But as South Korea confirmed the first case of the animal disease at a farm in Paju earlier in the day, the government is reviewing whether to cancel or modify the event to prevent the spread of the highly contagious virus.

"As the envisioned event involves movement of people from all across the country, we need a cautious review of the issue," the official said. "We are discussing the issue with related government organizations with all possibilities open."

It is as yet unclear through which route the disease broke out here.

Following the outbreak in the North, Seoul has repeatedly asked Pyongyang to cooperate to prevent the spread of the disease across the border, but has received no response to the proposal.

Moon and Kim held three summit meetings last year -- in April, May and September -- in which the leaders promised to boost cross-border exchanges and ease military tensions, but inter-Korean relations have been all but stalled of late, apparently stymied by lack of progress in Pyongyang's denuclearization talks with the United States. 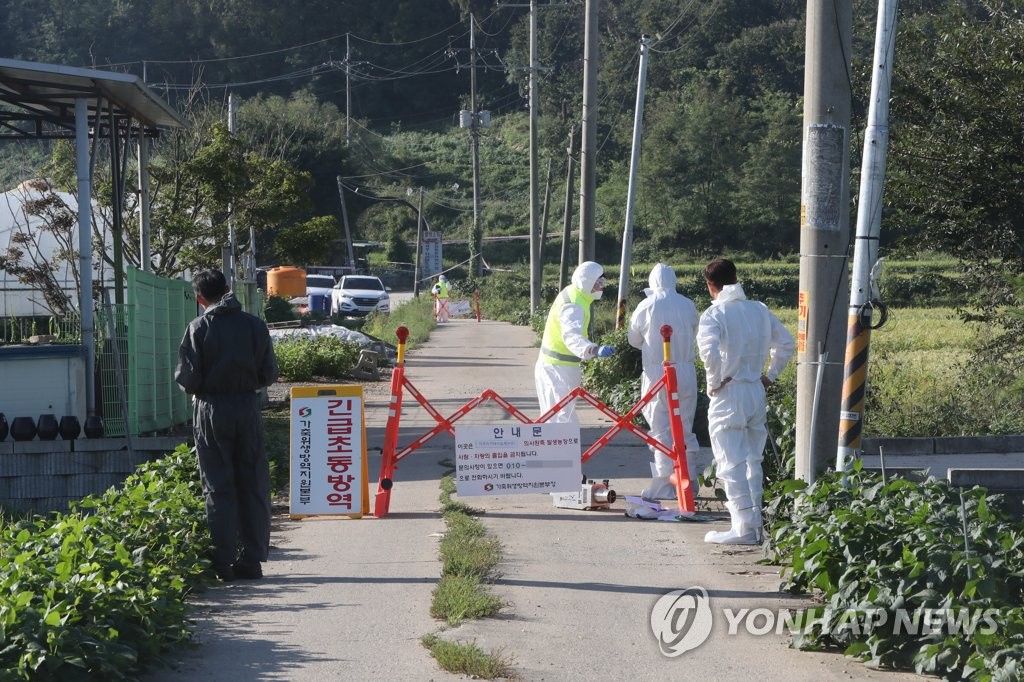