SEOUL, Sept. 17 (Yonhap) -- The Seoul city government plans to hold a K-pop music festival starting next week at a public plaza in central Seoul as part of its projects to make the capital a music hub, officials said Tuesday.

The first-ever Seoul Music Festival (SMUF) will be held at Gwanghwamun Square from Sept. 28 to Oct. 6, Seoul Metropolitan Government said.

It is part of the city government's five-year plan to spend 481.8 billion won (US$ 405.3 million) on nine projects aimed at fostering the music industry and expanding music programs for Seoul citizens.

During the nine-day run, a variety of Korean music will be performed every day in a range of genres, from dance to hip hop to ballads.

On Sept. 28, the SMUF will kick off with an opening concert, titled "SMUF Legend," where top K-pop stars will perform.

On the final date of the festival, high-profile idol singers will perform at the "SMUF K-pop concert."

The city government said it hopes to attract more than 10,000 foreign visitors to the SMUF.

"It will be the first K-pop music festival to be held at the symbolic plaza in Seoul, where such music originates. We hope that many people can enjoy the festival regardless of age and gender," it said.

All concerts are free of charge, but certain seats require reservations. 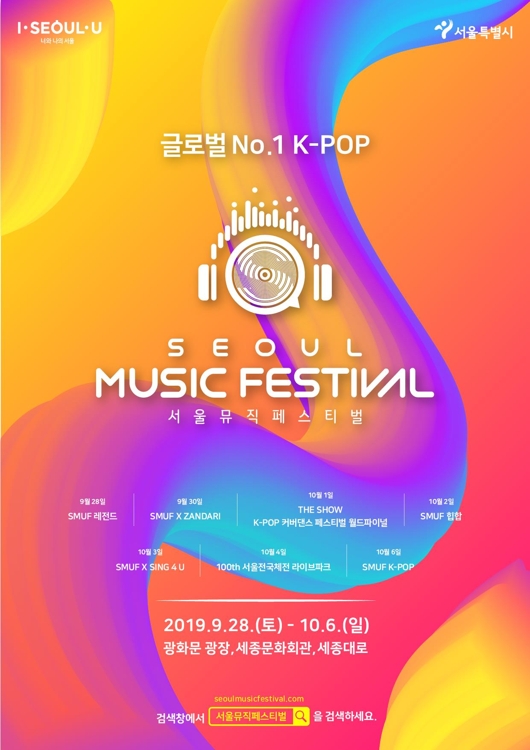