SEOUL, Sept. 17 (Yonhap) -- The International Atomic Energy Agency (IAEA) has to play an active role in the possible move by Japan to discharge contaminated water from its disabled Fukushima power plant into the Pacific Ocean, a senior South Korean government official has said.

Delivering a keynote speech at the General Conference of the international organization In Vienna on Monday, South Korean first vice science minister Mun Mi-ock stressed that Japan has not answered questions about its water discharge plan amid fear and anxiety throughout the world about the move.

"It is necessary for the IAEA to carry out on-site investigations on the current status of the Fukushima plant and its contaminated water," she said, adding that the ecological impact should be assessed in an objective and scientific way.

Mun stressed that it is important to establish standards and methods for the disposal of the water so as not to burden future generations.

"Management of Fukushima contaminated water is no longer Japan's domestic problem but a grave international issue that can affect the whole global marine environment," Mun said.

Japan must take substantive and transparent measures and actions that can ensure the health, the safety of the world and safeguard the environment, Mun said. 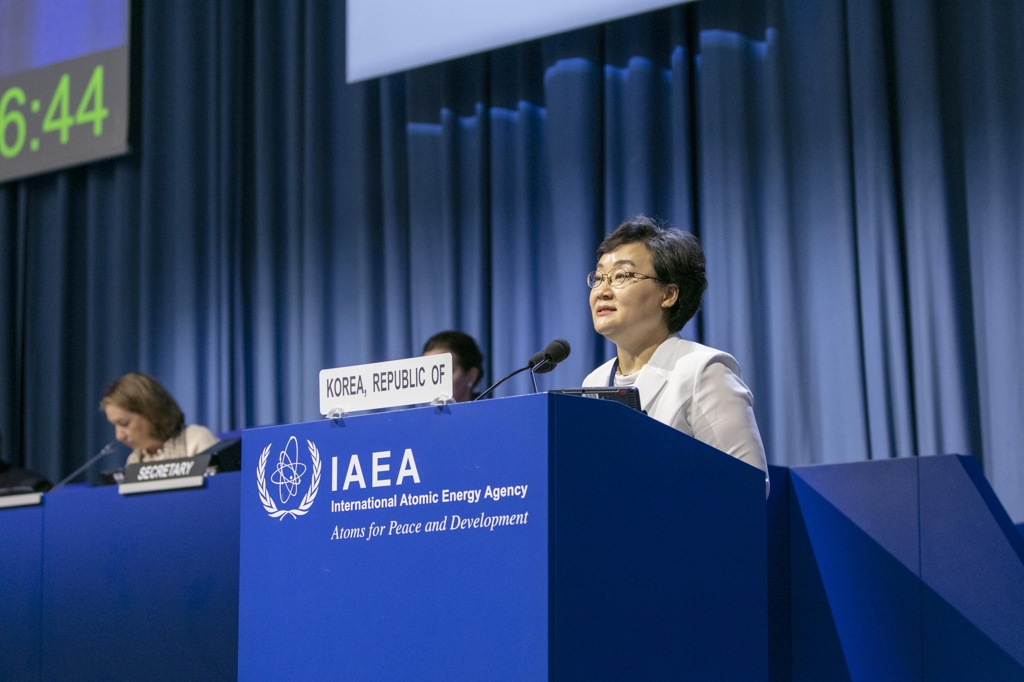 Seoul's Ministry of Science and ICT earlier this month announced that releasing tainted water from the nuclear plant poses a serious threat to people everywhere.

Mun's comments come as Tokyo is moving to release contaminated water from the power plant in the northeastern part of Honshu that was devastated by an earthquake triggered tsunami in March 2011.

Water discharge is seen as the easiest and most affordable way for Japan to deal with the problem, although other methods, like evaporation and expanding storage facilities, have been proposed. There are estimated to be more than 1.1 million tons of tainted water in temporary storage at the Fukushima plant.

The Tokyo Electric Power Co. the company in charge of the power plant, admitted in 2018 that it found traces of radioactive tritium and other elements in the water used in its cleanup effort, despite the liquid being treated before being placed in storage.

Related to calls by South Korea for concerted efforts to cope with the Fukushima issue, Naokazu Takemoto, Japan's science and technology minister claimed in a speech at the IAEA gathering on Monday that there is unfounded criticism on Tokyo's handling of the matter.

He added that the international community needs to discuss the matter based on precise data provided by the Japanese government and the IAEA's own findings, and that Tokyo does not accept the "unscientific positions" of certain countries.