Sales of the Note 10, released only in 5G model in the domestic market on Aug. 23, surpassed the milestone 25 days after its launch on Monday, Samsung said. The first-month performance is the best among the Galaxy S and Note series, and more than double that of its predecessor, the Note 9, the firm said. 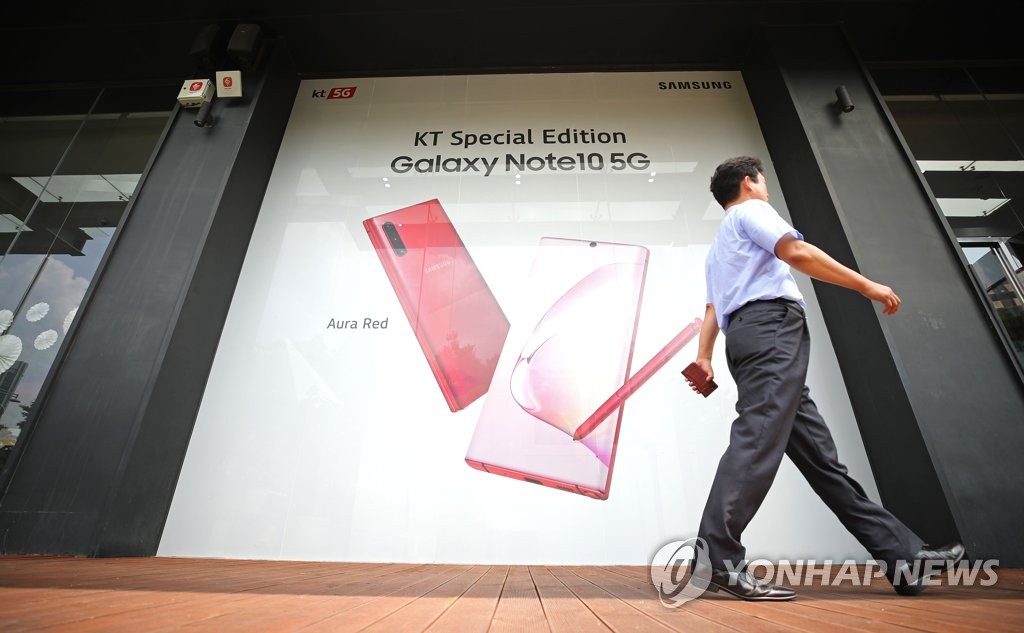 The previous high was Galaxy S8, which sold over 1 million units in its first 37 days, followed by S2 and S10, Samsung said.

The sales ratio of the standard and plus Note 10 models stood at 37 percent and 63 percent, respectively, over the period. The portion of female customers and those aged in their 20s increased compared with its predecessor, the company said.