Police sent officers to SK Innovation's headquarters in Seoul and its research center in the central city of Daejeon, some 160 kilometers south of Seoul, to look for evidence of the company's alleged theft of trade secrets from its local rival LG Chem, according to industry sources.

LG Chem reportedly asked the Seoul Metropolitan Police Agency in May to look into the case, claiming that SK Innovation infringed on business secrets by hiring its former employees.

LG Chem and SK Innovation have been at loggerheads in recent months over EV battery-related patent lawsuits.

In April, LG Chem filed a pair of lawsuits with the U.S. International Trade Commission (USITC) and the U.S. District Court of Delaware, requesting an embargo on imports of EV battery-related products from SK Innovation, while demanding compensation for the theft of trade secrets.

In response, SK Innovation filed a suit with the USITC this month, claiming that LG Chem infringed on its patents in lithium-ion batteries. SK Innovation also lodged a damage suit against LG Chem with a South Korean court in June, saying the latter's suit is hurting its EV battery business.

Hoping for a breakthrough in their legal standoff, LG Chem CEO Shin Hak-cheol and SK Innovation CEO Kim Jun held a meeting on Monday, but failed to find common ground. 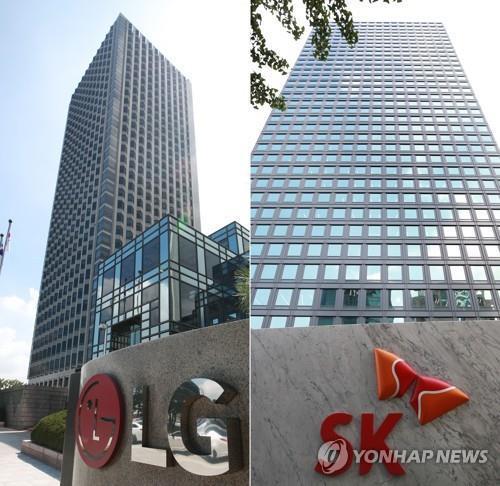