SEOUL, Sept. 17 (Yonhap) -- In a typical opera, like "The Marriage of Figaro" or "Rigoletto," soprano singers take lead roles as a European noble woman or a courtesan dressed in opulent costumes with dazzling jewelry. And their numbers are mostly cheerful or romantic.

But in opera "1945," newly created by the Korea National Opera and set to premier later this month, two heroines wear humble worn-out dresses. They are sex slaves who work at a Japanese military brothel in Manchuria, northeastern China, during World War II.

Historians say up to 200,000 women, mostly Koreans, were coerced into sexual servitude at front-line Japanese brothels during the war when the Korean Peninsula was a Japanese colony. Those sex slaves were euphemistically called "comfort women."

Their lives come to a turning point as the Korean Peninsula was liberated from Japan in 1945. While waiting for a train to Korea at a makeshift shelter in Manchuria, Bunee and Misuko, who survived the war in the northern frontline, have to conceal the fact that Misuko is Japanese from Korean displaced people, who hate anything related to Japan. Bunee helps Misuko disguise herself as Bunee's mute sister to save her from resentful Koreans.

Their songs, therefore, are filled with grief and despair in the face of desperate situation. 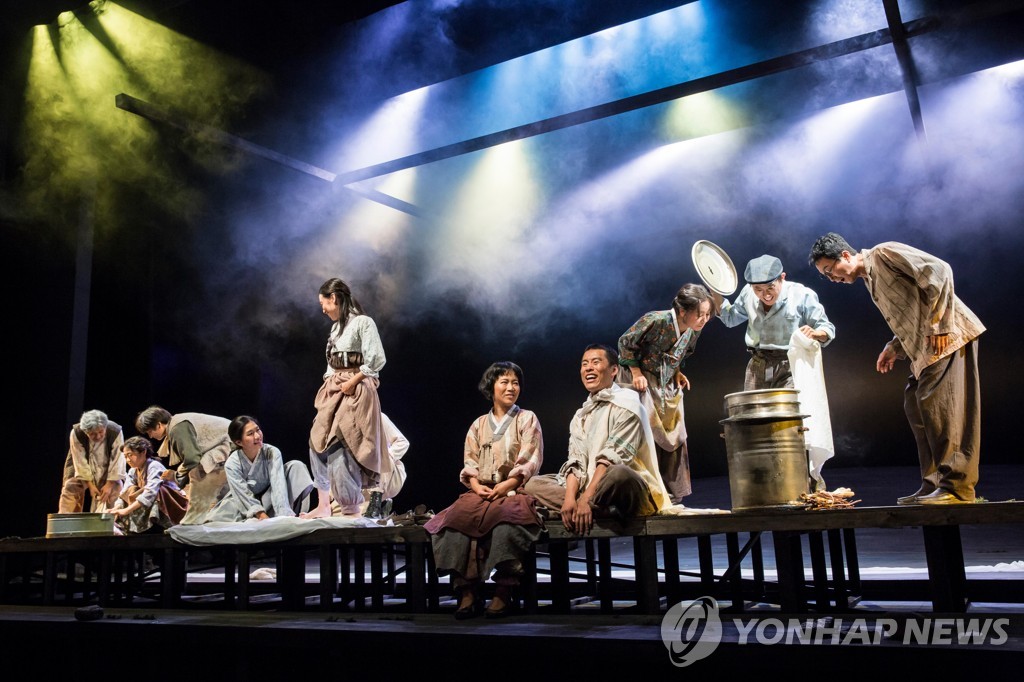 "I was so curious to play this character that is different from anything I've experienced throughout my career," soprano Lee Myung-joo, who plays Bunee, said in a press conference in Seoul on Tuesday. "She has deep sorrow inside but she is strong enough to overcome it."

Lee, who once sang for Austria's Linz Opera House, has played the lead role of Violetta, a famed courtesan, at opera "La Traviata" in recent years. Her character in "1945," however, goes through a miserable life, but she is full of vitality as she tries to eke out a living with her Japanese friend Misuko.

"Misuko really depends on Bunee, but she is determined to survive," soprano Kim Soon-young said. "Her life is sad and pitiful. But in our opera, her sorrow rarely surfaces. It is expressed with wit and humor, which makes me pity her more." 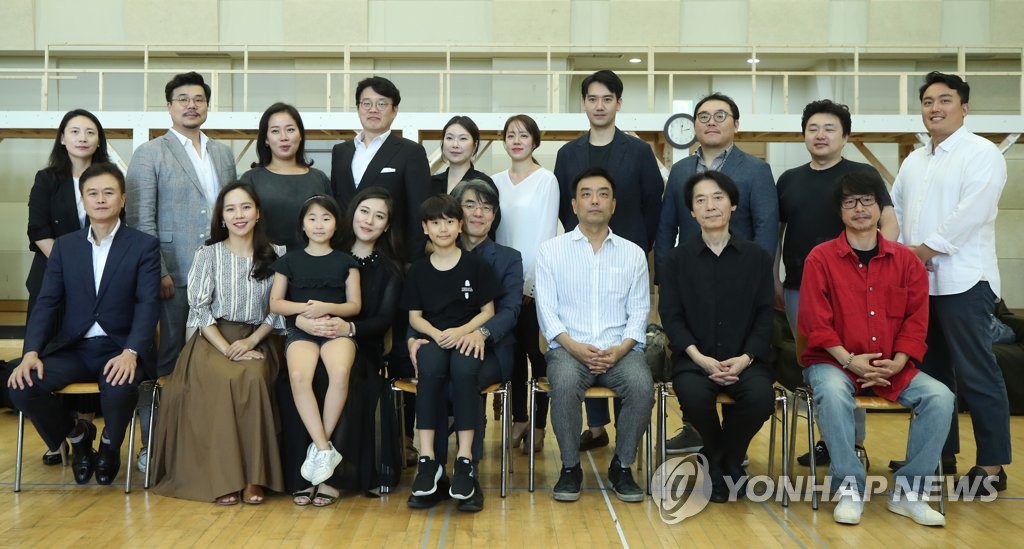 Stage director Koh Sun-woong said he wants to show the sorrowful history with a humorous twist, so that even young audiences can feel the contradictory ambience.

"It's a painstaking story, but I want overcome the sadness and change it passionately," said Koh, who directed the opening and closing ceremonies of the 2018 PyeongChang Winter Paralympics.

The four-act opera "1945," based on the 2017 play with the same title by Bae Sam-shik, is the first opera work by Koh who is one of the most sought-after stage directors in South Korea's theatrical scene. His pieces, including "Killbeth," "On an Azure Day" and "Arirang," won rave reviews at home and abroad.

"I tried to include melody and musical elements that all Koreans can sympathize with into '1945,'" composer Choe Uzong said. "I have some musical intuition about stories of the time, given my family background. I used to hear tragic stories of people in the northern part of the Korean Peninsula from my mother when I was a child."