WASHINGTON, Sept. 17 (Yonhap) -- The United States is ready to resume denuclearization talks with North Korea, but will maintain sanctions on the regime for now, a top U.S. official said Tuesday.

U.S. Assistant Secretary of State for East Asian and Pacific Affairs David Stilwell made the remarks in a prepared statement for the House Foreign Affairs Subcommittee on Asia ahead of his scheduled testimony Wednesday.

"We remain committed to the goals President Trump and Chairman Kim set in their summit in Singapore in June 2018 and are prepared to begin working-level negotiations to discuss how to make progress toward those goals, namely complete denuclearization of North Korea," Stilwell said in the budget request for fiscal year 2020.

"At the same time, we coordinate closely with our allies and partners in the region and around the world, particularly the Republic of Korea and Japan, to maintain international unity and ensure continued implementation of existing sanctions," he added, referring to South Korea by its official name. 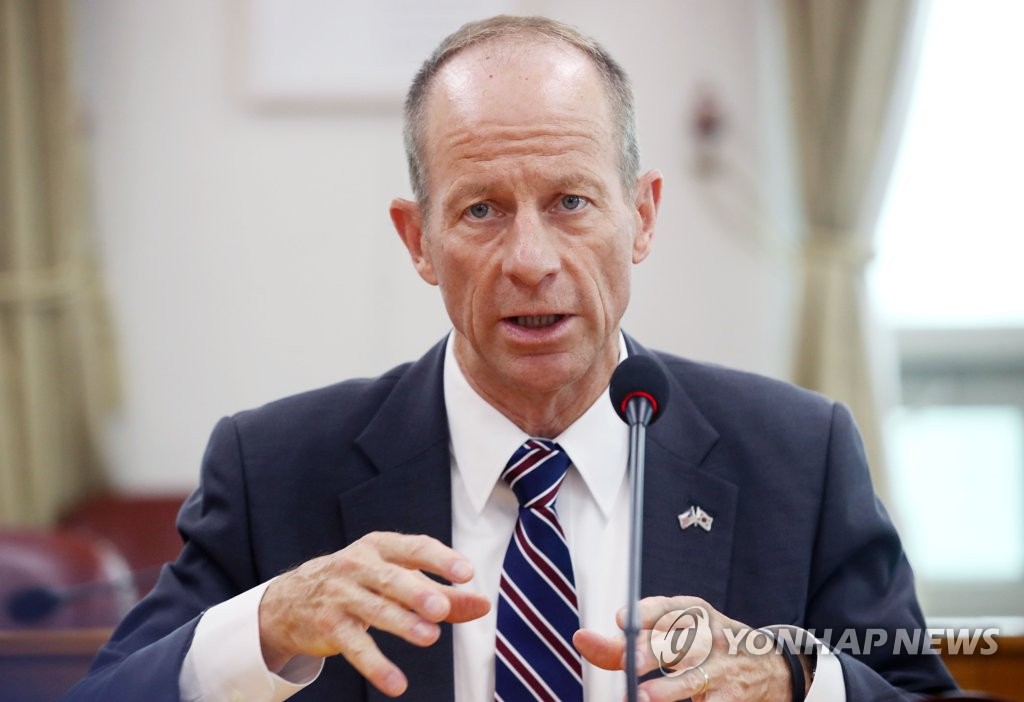 The U.S. and North Korea later this month are expected to resume negotiations that broke down after the no-deal summit in February between U.S. President Donald Trump and North Korean leader Kim Jong-un.

No meetings have so far been announced.

The North has stepped up its demands for sanctions relief and security guarantees from the U.S. as Washington has insisted on seeing the complete denuclearization of the regime.

Trump and Kim have had three meetings since June 2018 to negotiate the North's denuclearization in exchange for U.S. concessions.

A new summit could happen "at some point" this year, Trump said last week.

"Addressing North Korea's egregious human rights record is also important," he said. "This budget request will enable us to support programs that promote the flow of information from independent sources into and out of the closed country, including through broadcasting."

Apparently referring to the current trade and historical dispute between Seoul and Tokyo, he added, "We are expending enormous effort to increase trilateral security cooperation with Japan and South Korea."

Stilwell is scheduled to testify before the Senate and House on Wednesday.

The Senate Foreign Relations Committee session is slated for 10 a.m., while the House session is set for 2 p.m.