SEOUL, Sept. 18 (Yonhap) -- South Korea remained alert on Wednesday to stem the spread of African swine fever across the country after reporting its second confirmed case of the deadly animal disease at a farm near the heavily fortified border with North Korea.

The new case at a pig farm in Yeoncheon was confirmed a day after another case of African swine fever was reported, according to the Ministry of Agriculture, Food and Rural Affairs.

The county near the border with North Korea is about 48 kilometers away from Paju, where the first confirmed case of the disease was reported Tuesday.

The quarantine authorities said they will cull 4,700 pigs at the Yeoncheon farm and a neighboring farm. Around 8,500 pigs are being raised by other farms within a 3-kilometer radius of where the second case of African swine fever was confirmed.

On Tuesday, the government slaughtered 4,700 pigs at farms in Paju. The two cases of African swine fever from Paju and Yeoncheon, are not thought to be related, the ministry said.

The first case in South Korea came about four months after North Korea reported its first confirmed case of the disease at a farm near its border with China to the World Organization for Animal Health (OIE).

The disease is mainly spread by contaminated feed or by direct contact with people and wild animals with the virus, according to the ministry.

"While foot-and-mouth disease can spread through air, animals must make direct contact with the virus to be infected with African swine fever," the ministry said, adding that related authorities are working hard to determine the cause of the outbreaks.

It may take up to six months to find the cause, experts said. 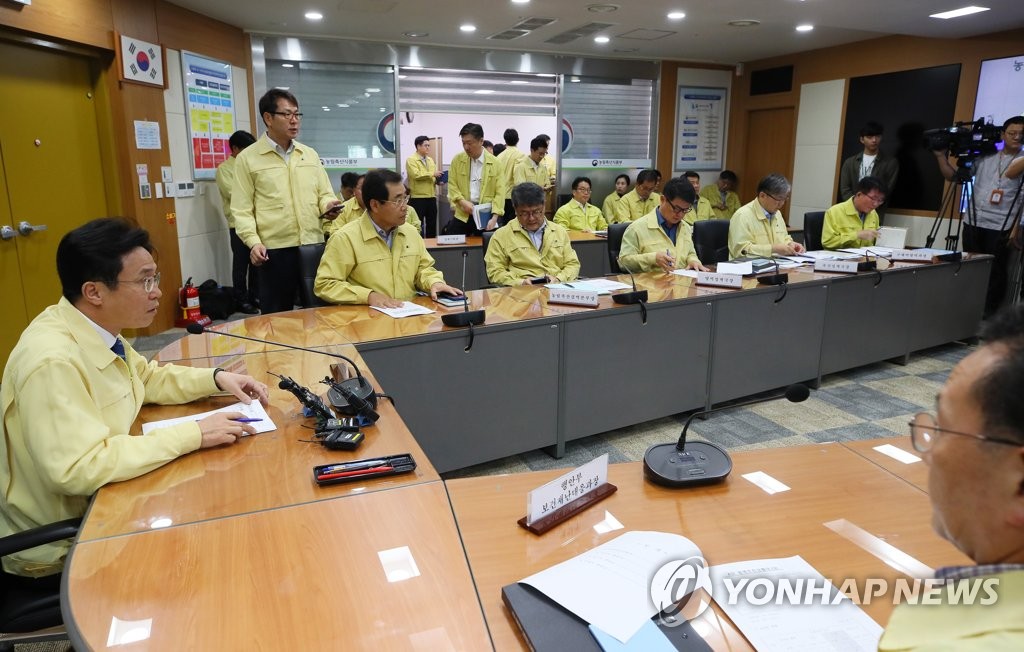 Following the two cases, the ministry designated six counties in Gyeonggi Province, including Paju and Yeoncheon, as tightly controlled zones subject to a series of quarantine measures to prevent the spread of the disease.

Farms in the areas will be banned from shipping pigs for three weeks. Visits to the affected farms also will be restricted, the ministry said.

South Korea imposed a nationwide standstill on all pig farms, slaughterhouses and feed factories for 48 hours a day earlier.

This means no animals, people or equipment may be removed from farms for the duration, while those already en route to other farms or related facilities must find a secure place to sit out the temporary lockdown, the ministry said.

The government also vowed to make efforts to prevent contact between pigs and boars, and closely monitor wild animals' activities near infected farms.

The two confirmed cases of African swine fever, however, are not likely to have been caused by wild boars, including those traveling from North Korea, according to the Ministry of Environment.

"There are barbed-wire fences at the border and the defense ministry also uses security cameras to closely monitor wild boars crossing the border," another official from the agricultural ministry said.

South Korea also informed North Korea about the cases of African swine fever near the inter-Korean border on Wednesday, calling for cooperation in containing the spread of the highly contagious animal disease, the unification ministry said.

The local supply of pork, however, is not likely to be affected by the outbreak of the African swine fever, as the number of pigs currently being raised throughout the country is above the yearly average by 13 percent, according to the ministry.

While the retail price of pork shot up more than 30 percent Tuesday from a day earlier, the ministry explained the increase only came as wholesalers purchased more products amid concerns of a future price hike. 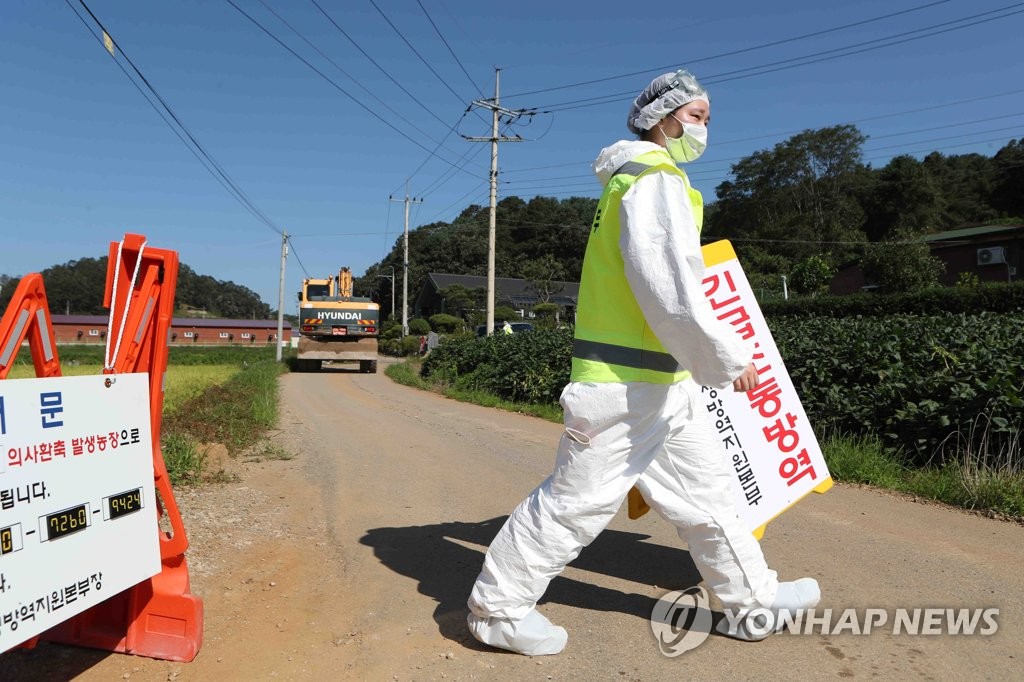