South Korean carmakers shipped 164,154 units of cars overseas last month, according to the data compiled by the Ministry of Trade, Industry and Energy. In terms of value, auto exports moved up 4.6 percent over the period to US$2.98 billion.

The ministry said the smaller number of business days in August, which fell to 16 days compared with 19 days posted a year earlier, was behind the on-year decrease in auto exports.

In the first eight months of the year, South Korea shipped 1.61 million units of cars overseas, up 2 percent from a year earlier, with their value also advancing 8.5 percent to $28.4 billion.

Hyundai Motor Co., the nation's No. 1 automaker, saw its exports decrease 8.7 percent due to sluggish demand for small and midsized sedans, although it enjoyed a whopping 25.7 percent increase in the shipments of SUV models.

GM Korea Co. saw its overseas shipments soar 25.4 percent due to a base effect, as it suspended a production line last year for renovation.

By region, shipments to North America rose 10.3 percent on-year in August, while those to Asia dropped 11.2 percent. Exports to the European Union and the Middle East jumped 23.3 percent and 17.7 percent, respectively, according to the data. 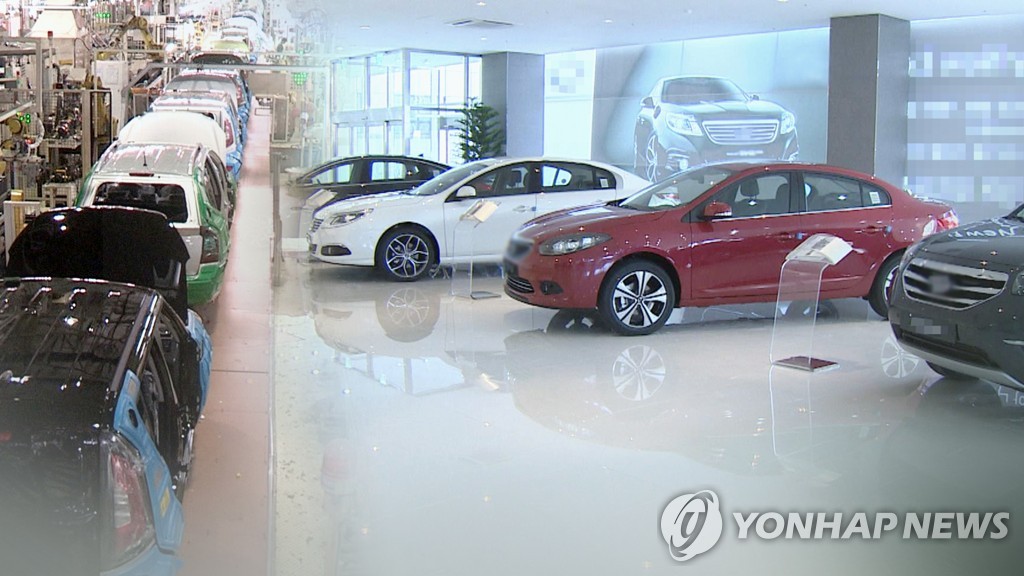