SEOUL, Sept. 18 (Yonhap) -- After completing a turnaround for the ages, Kia Tigers' left-hander Yang Hyeon-jong has been shut down for the 2019 regular season in South Korean baseball, with his focus now on helping the country qualify for the 2020 Olympics.

Yang pitched in his final game of the Korea Baseball Organization (KBO) season on Tuesday, giving up two earned runs in five innings in a no-decision against the NC Dinos. The Tigers have eight games remaining but they're well out of playoff contention in seventh place with a record of 58-76-2 (wins-losses-ties). Rather than pushing Yang through a meaningless final stretch, the Tigers will give the 31-year-old workhorse much-deserved rest. 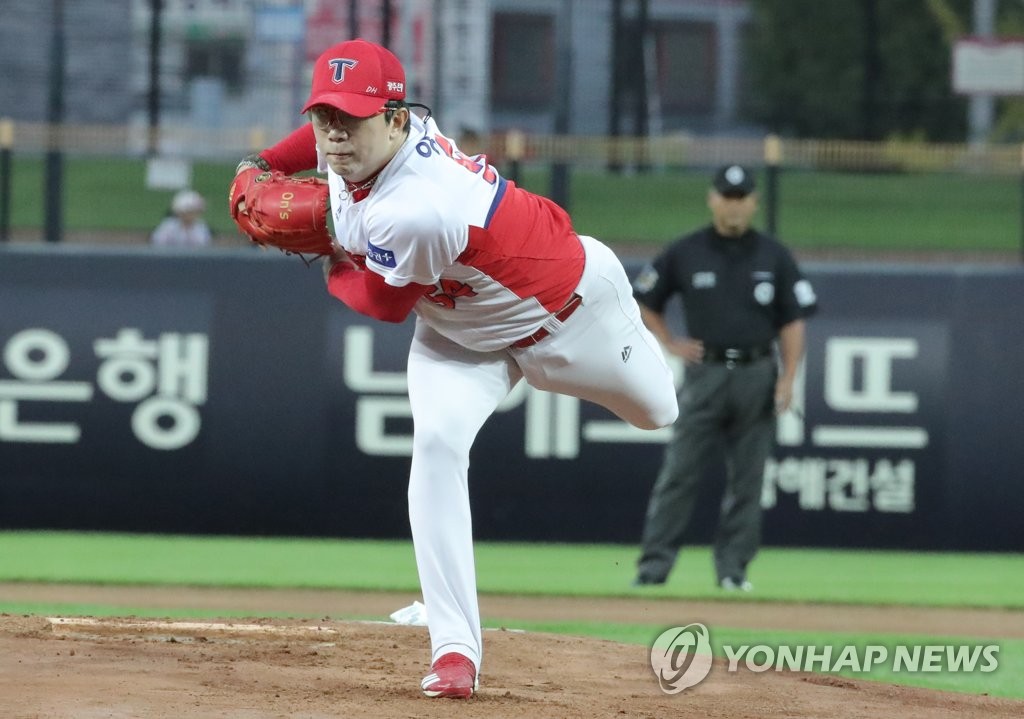 Yang finished the year with a 16-8 record and a league-leading 2.29 ERA in 184 2/3 innings. Yang also tossed two complete game shutouts, more than anyone in the KBO in 2019. He's first in innings pitched and tied for second in wins.

He'll most likely be passed in those two categories in the coming days, but these are the type of gaudy numbers that, at the end of April, few would have imagined Yang would have.

But over his last 23 starts, Yang went 16-3 and had a 1.17 ERA. After allowing 27 earned runs in the first half-dozen outings, Yang held opponents to just 20 earned runs the rest of the way. He recorded a sub-2.00 ERA in every month from May to September, while earning the KBO's Player of the Month honors for May and August.

And Yang, who has logged more innings than any KBO pitcher over the past five seasons, will get a breather before national duty calls in a couple of months.

From Nov. 6 to 8, South Korea will host the preliminary round of the Premier 12, which doubles as the first qualifying tournament for the 2020 Tokyo Olympics. 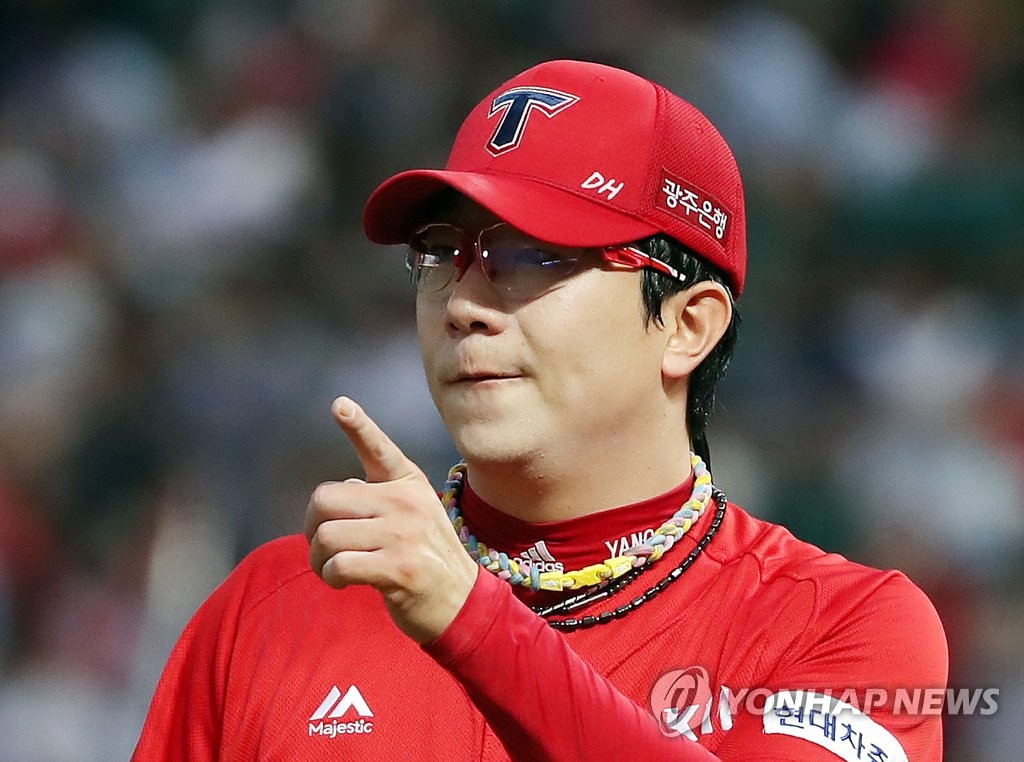 There are three groups of four, and the top two teams from each group will advance to the six-nation Super Round. The top finisher from the Americas and the top country from the Asia/Oceania region that qualify for the Super Round will earn direct entries into Tokyo 2020.

Japan is already in the Olympics as the host nation. This means South Korea has to rank among the top six while also finishing ahead of Australia and Chinese Taipei at the Premier 12 to punch a ticket to Tokyo.

Yang is a lock to be named to the final South Korean roster on Oct. 3, and he will have to be the same inning-eating monster that he has been all year. He and SK Wyverns' left-hander Kim Kwang-hyun will serve as South Korea's top two starters. While Kim will pitch in the postseason in October as the Wyverns will vie for their second straight Korean Series, Yang will take part in early national team training featuring players from non-playoff clubs.

South Korea is the defending Olympic champion in baseball, having won gold in Beijing in 2008 before the sport was left off the Olympic program for the two subsequent competitions.

After brilliant turnaround, left-hander shut down for season to rest for Olympic qualification

After brilliant turnaround, left-hander shut down for season to rest for Olympic qualification