SEOUL, Sept. 18 (Yonhap) -- South Korea and Saudi Arabia have agreed to work together for the commercialization of an advanced medium-small nuclear reactor, the science ministry said Wednesday.

The agreement for advancing SMART, or the System-integrated Modular Advanced Reactor program, came at bilateral talks held on the sidelines of a general conference of the International Atomic Energy Agency in Vienna on Tuesday, according to the Ministry of Science and ICT.

The two sides also signed a memorandum of understanding (MOU) on comprehensive cooperation in nuclear research and development and a separate pact to set up a joint atomic energy research center by late 2019, the ministry said. 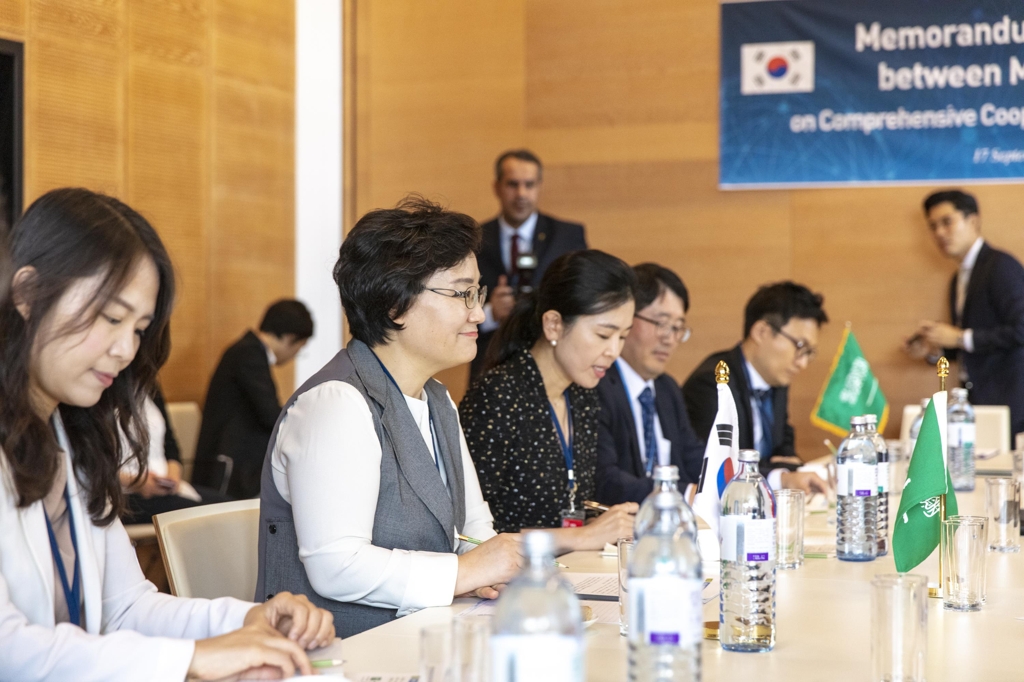 "The MOU and the research center agreement strengthen the partnership between South Korea and Saudi Arabia as we move to enter the global market for medium-small nuclear reactors," First Vice Science Minister Mun Mi-ock, who represented Seoul, said.

The latest understanding calls for Riyadh's authorization for a standard design for SMART, administrative clearance and permission to build the reactor in Saudi Arabia and cooperation on commercializing SMART and strengthening technology sharing.

South Korea and the Middle Eastern kingdom poured US$130 million into a pre-product engineering project that ran from late 2015 to Nov. 2018 so as to lay the foundation to construct the reactor in Saudi Arabia.

The modular reactor is a multipurpose unit developed by the state-run Korea Atomic Energy Research Institute beginning in 1997 that received basic design authorization in South Korea in 2012. SMART has an output of 365 megawatts of thermal power and is able to generate 110 megawatts of electric power, and it has been designed specifically to win orders from countries that need small and medium-sized reactors. Market watchers said there is a demand for smaller reactors that generate only a tenth of the power of more conventional power units in places like the Middle East and Southeast Asia.