SEOUL, Sept. 18 (Yonhap) -- The ruling Democratic Party and Justice Ministry on Wednesday agreed to push for a press policy renewal aimed at protecting suspects in criminal cases after an ongoing probe into the justice minister's family wraps up.

Justice Minister Cho Kuk, who took office on Sept. 9, has faced opposition to his appointment after corruption allegations surrounding his family emerged. Cho's wife faces a court trial for allegedly forging a college award for her daughter, while his wife and the couple's two children are suspected of engaging in a dubious private equity fund investment. 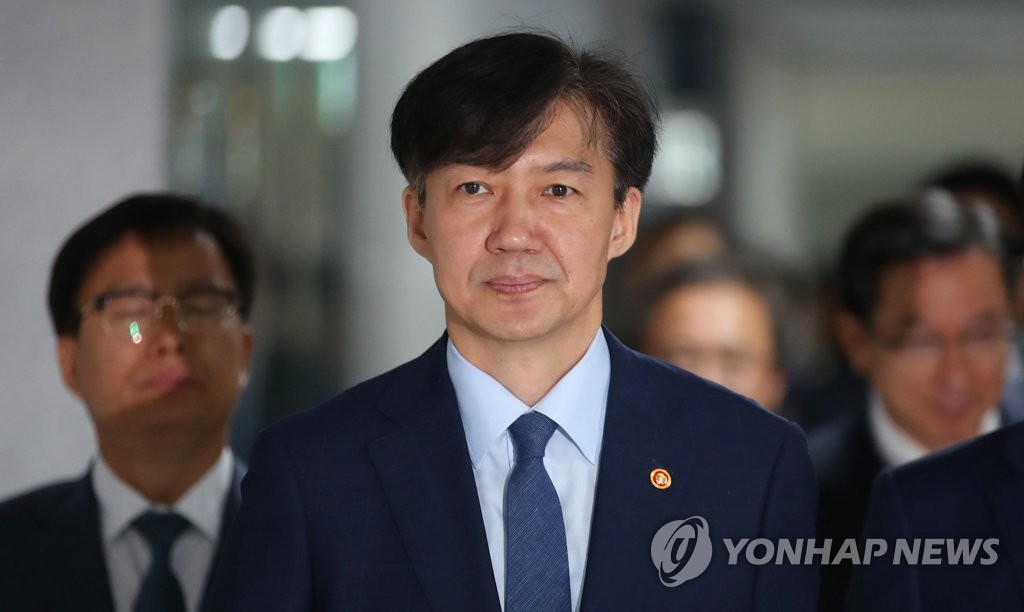 Democratic Party Rep. Cho Jeong-sik, who chairs the ruling party's policy committee, told reporters that the two sides had agreed on a timeline for the press policy renewal in a closed-door meeting, adding the policy is in line with efforts by the former justice minister, Park Sang-ki.

Speaking publicly ahead of the meeting, Cho said, "The details of the press policy renewal were thoroughly discussed during Park's term," adding, "(The ministry) will implement it through talks with stakeholders and after the probes concerning my family are complete."

The renewed press policy is largely aimed at conserving the legal principle of presumption of innocence in which one is considered innocent until proven otherwise. The Justice Ministry plans to ban any release of information regarding suspects and inspect prosecutors who have violated the policy.

The prosecution currently releases certain information of ongoing probes to journalists in a move seen as fulfilling the public's right to know. The practice, however, fueled concern that it may infringe on the privacy of suspects and cause lasting reputational damage when they are later proved innocent.

The fact that the policy renewal is being discussed while the justice minister's family is being investigated has drawn criticism about inappropriate timing. 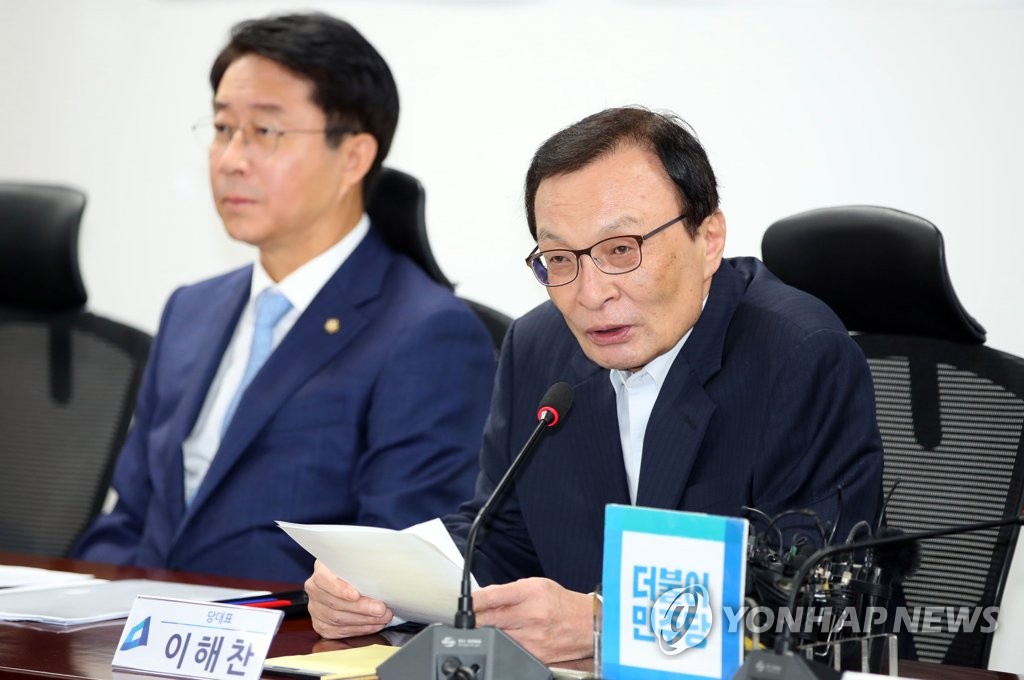 Among the agenda items discussed in the meeting were plans to accelerate the establishment of an investigative unit for crimes involving high-ranking officials and adjusting the respective jurisdictions of the police and prosecution -- both considered key policies in reforming the prosecution.

The two sides also agreed to introduce a pro rata fine system in which criminals' wealth will be considered as a factor in deciding the severity of fines.

They also discussed ways to enhance the quality of public legal services, such as providing legal education and services to North Korean defectors.

Cho is widely seen as a key person to push ahead with President Moon Jae-in's drive to reform the prosecution. The justice minister oversees the prosecution's administration in South Korea.