SEOUL, Sept. 18 (Yonhap) -- The veterans affairs ministry said Wednesday it will push to revise regulations on men of national merit following criticism that a retired soldier who lost both legs in the explosion of a North Korean landmine was denied recognition as having been wounded in combat.

In August 2015, Ha Jae-heon, who served in the Army as sergeant first class, lost both his legs when a wooden-box mine buried by North Korea exploded inside the Demilitarized Zone (DMZ) when he was carrying out search operations.

When he was discharged from the military earlier this year, the Army recognized him, in accordance with the military personnel management act, as a war-wounded combatant.

But the Ministry of Patriots and Veterans Affairs last month decided to recognize him as "being wounded while in public service," rather than in combat, based on the men of national merit act.

"As Ha filed for re-deliberation, we will thoroughly look into the case again," ministry spokesperson Kim Dae-won said. The result will be available early next month.

Noting that the different judgments by the military and the ministry appear to be caused by some conflicting elements in the two regulations, Kim added that the ministry "will push to revise related regulations in a comprehensive manner to prevent a recurrence of such controversy."

In response to the issue, President Moon Jae-in said on Tuesday that it is "better to review if there is room for flexible interpretation of related regulations."

Government benefits are similar for soldiers, whether they are designated as wounded while in public service or in combat, but Ha said he will file a lawsuit if his request is not accepted by the ministry in order to "restore my honor." 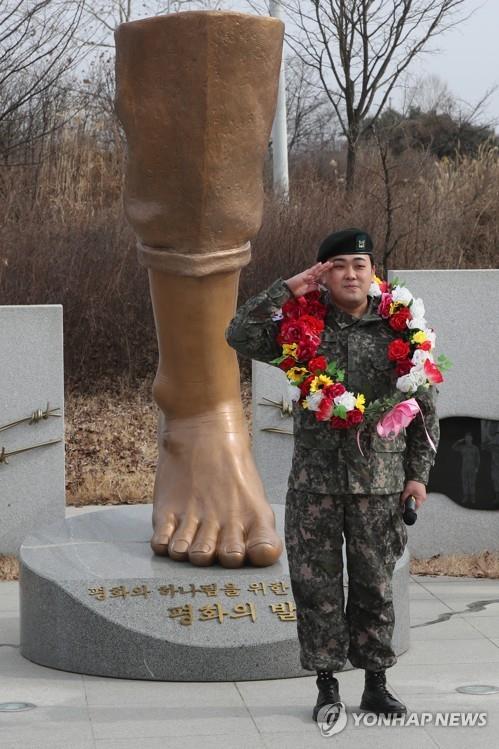