Kang will visit the Osan air base and Camp Humphreys in Pyeongtaek, about 70 kilometers away from the capital, on Friday, the ministry said in a release. U.S. Ambassador to South Korea Harry Harris will accompany her on the visit.

During the talks with Abrams, Kang is expected to reaffirm the importance of the strong alliance between South Korea and the U.S., while emphasizing the will to strengthen ties through close cooperation to establish peace and achieve denuclearization on the Korean Peninsula, the ministry said.

It will be Kang's first visit to Camp Humphreys, where U.S. forces having been relocating their bases to from other provincial regions under a U.S. base relocation and consolidation project.

Last month, the presidential office Cheong Wa Dae said it will push for a prompt return of 26 USFK bases in the country, sparking speculation that it may signal a possible rift in the alliance.

Washington has publicly expressed disappointment over Seoul's recent decision to terminate a military information-sharing pact with Japan, seen as a platform of trilateral security cooperation between the three countries.

Under the relocation plan, among 80 U.S. bases, 54 have been returned so far, though the process in some regions has been going slowly due partly to the handling of polluted soil.

The USFK will reportedly vacate its Yongsan Garrison in central Seoul within this year, and the allies are pushing to complete the relocation of their Combined Forces Command (CFC) headquarters out of Seoul by 2021. 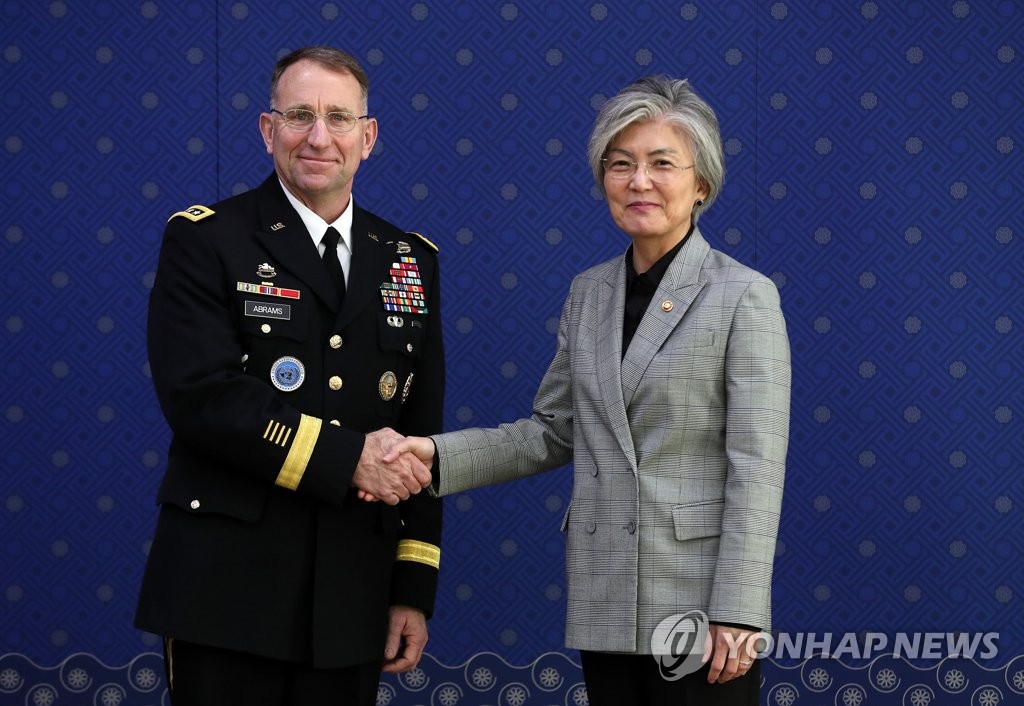 FM to visit U.S. military base this week

FM to visit U.S. military base this week