SEOUL, Sept. 18 (Yonhap) -- The leaders of South Korea and Saudi Arabia agreed Wednesday to strengthen partnerships in the fight against terrorist acts, such as the recent drone attack on oil facilities in the Middle Eastern nation.

In phone talks, President Moon Jae-in and Crown Prince Mohammed bin Salman also emphasized the importance of a unified response to the problem by the international community.

"The attack on Saudi oil facilities represents a threat to security not only in South Korea but also in the whole world, and the international community needs to deal resolutely with the issue," Moon told the crown prince, according to Cheong Wa Dae.

The president reaffirmed Seoul's support for global efforts to root out terrorism and stressed that such an attack that jeopardizes international energy security shouldn't recur, it added.

The Saudi leader agreed that the international community should be united in handling the matter.

He requested South Korea's help in a plan to beef up his nation's air defense system and the two sides agreed to continue consultations on it, Cheong Wa Dae said. 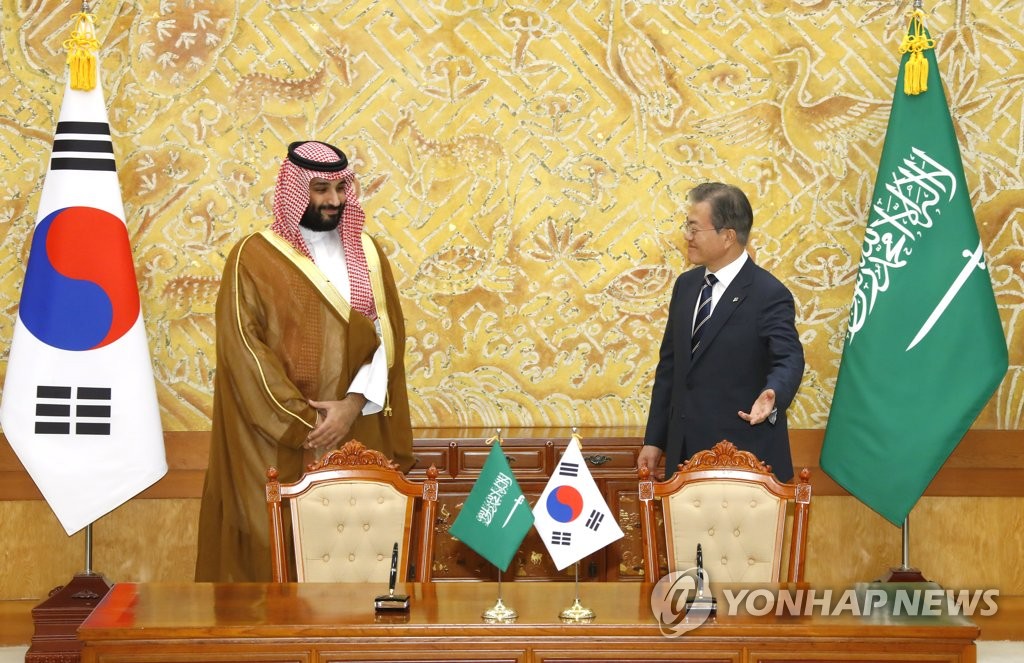 The crown prince was quoted as telling Moon that while his country's crude oil production has halved due to the terror attack, it would be possible to recover the output "100 percent" within 10 days.