"It is a serious threat to key energy infrastructure of the world, and a reckless act that undermines the global energy security and regional stability," Jeong said during a ceremony held in Seoul to mark Saudi National Day, expressing hope that the country will swiftly overcome the crisis.

"In the international community, where competition among countries for their own interests gets fierce, 'strong power' is required, above all, in order to maintain and further create peace," the minister said, adding that their defense cooperation "will serve as momentum for ensuring the power." 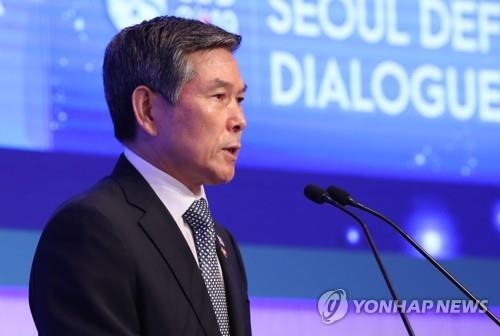